The closer we get to Election Day, the more Donald Trump will work to turn the nation’s focus to the issue that was the beating heart of his 2016 campaign and has animated his time in office: immigration. The narrative Trump will push–at rallies and in targeted social media ads backed by millions of dollars–is that he has protected the American public from “dangerous” immigrants and secured the border, and that only he can keep us safe. Given how central immigration is sure to be in the coming months, why has it received only passing mention in a handful of the nine Democratic primary debates to date, even after last night’s contentious proceeding in Nevada, the first primary state with a sizable population of people of color.

Over the past three years, the current administration has conducted an all-out attack on immigrant communities living in the United States, including the more than 40,000 Dreamers and Temporary Protected Status holders who live in Nevada with their nearly 20,000 U.S. citizen children, as well as on our entire legal immigration system. With one illegal ban after another, he has spread dysfunction through our existing immigration channels. A ban on nationals from 13 mostly Muslim-majority countries. A ban on refugees. A ban on women who may be or may become pregnant. A ban on survivors of persecution and torture requesting asylum. A ban on working-class immigrants.

But it will take more than simply telling the American public what you are against and trying to shift the conversation to another topic in order to successfully rebut Trump’s claims. Because while it’s true that the majority of the country is revolted by his decision to separate thousands of children from their parents at the border and opposes his efforts to close our doors to refugees, they also understand that our immigration system has long had deep, fundamental problems. And while most people don’t agree with Trump’s immigration policies, they have a pretty clear sense of what he stands for. At the same time, polling tells us voters don’t have a strong understanding of what Democrats believe about immigration, despite the fact that many in the party have spearheaded efforts in Congress over the past 15 years to fix our broken system.

To speak to the uncertainty that many Americans across the political spectrum feel today, any candidate vying to replace Trump needs to be able to articulate an affirmative vision for how they plan to restore the rule of law by building a fair, humane, and workable immigration system. What does that mean? ‘Fair,’ ‘humane,’ and ‘workable’ are the virtues that should be reflected in the system of administrative and legislative rules that govern immigration policy. The goal of restoring the rule of law describes us–our values and our commitment as Americans to maintaining and enforcing that system going forward.

A fair immigration system is one that honors due process–where all people, but especially children, have the right to counsel when they appear before an independent immigration judge, and where consequences are reasonable and proportionate to the level of offense. It is one that is committed to the principle of non-discrimination, so that people cannot be denied entry on the basis of their religion or forced to wait decades to obtain permanent residence based solely on their national origin.

A humane immigration system is one that treats all people as people and avoids abject cruelty. Americans look at the children taken from their parents at the border, potentially thousands of whom have yet to be reunited after more than two years. At the children who have died in U.S. government custody at the border for the first time in more than 10 years. And at the nearly 1,000 publicly reported cases of kidnappings, rapes, extortions, and murders of people seeking asylum that we summarily banished to Mexico to wait for future court hearings in a purgatory that feels a lot like hell. We know that we can do better.

A workable immigration system is one in which the channels for legal immigration are well-tailored yet flexible enough to meet the realistic–but changing–needs of the country. Our families. Our communities. Our economy. Unlike the rigid, outdated system we have had in place for 30 years, we need a system set up for success, not failure; one that can be both followed and enforced.

The issue of immigration can often feel complicated and the narrow focus it has received so far during the primary may explain why it seems like many people often breathe a sigh of relief whenever a debate ends without any discussion of the issue. Last night’s debate in Las Vegas, which ended with a last-minute throw-away question about protecting Dreamers that only two candidates even attempted to answer illustrates perfectly how inadequate the discussion has been to date. But we know the time is coming. As the primary prepares to leave Nevada and head to South Carolina before moving on to big Super Tuesday states, campaigns need to begin solidifying an affirmative message that communicates to the large majority of American voters. In doing so, they need to make clear that they not only oppose the cruelty and chaos that characterize the Trump administration’s immigration policy, but they also support a system of fair and humane rules that actually work and that can advance the country’s interests. 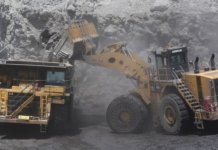 Minimum wage bill: Lawmakers’ emphasis is on the “minimum”