Nearly 600 people incarcerated at the Clark County Detention Center in 2019 were detained longer than seven days because they couldn’t afford bail that was less than $2,500, Nevada lawmakers were told Tuesday.

The hearing included presentations from Washoe and Clark County law enforcement, public defenders, district attorneys, as well as the bail bonds industry. Some attorneys gave anecdotes of clients, often low-income and people of color, sitting in jail because of unreasonable bail amounts, while other participants argued over the flaws and successes of bail reform and pretrial risk assessment.

The meeting gave lawmakers a chance to see more data about those in jail waiting for bail, something they had requested to see during the committee’s first meeting in January.

According to the data Metro presented, 74,912 people were booked at CCDC in 2019, which is about a 10 percent increase from 2018. “We pretty much trace that back from new officers on the street,” Suey explained.

Nearly 31,000 of those booked in 2019 at the Clark County Detention were there waiting for trial.

An estimated 85 percent of those pretrial detentions are people with felony charges, 13 percent for misdemeanors and 2 percent are for gross misdemeanors.

The top offense violating probation of conditions of a suspended sentence. The second highest offense was possession of a controlled substance.

Lawmakers, along with criminal justice reform advocates, have long called for data that examines racial disparities. Following the first committee meeting, Democratic state Sen. Dallas Harris, who chairs the committee, said it would be tricky to get but not impossible.

The question of racial disparities surfaced during a presentation on pretrial risk assessment, the tool supporters say helps judges determine if a defendant is likely to appear for a court date or is a danger to the community. While Nevada has been slow to implement bail reform, many point to pretrial risk tool as a way to limit pretrial detention.

When assessing risk factors, he said, judges look at:

Both Harris and Democratic Assemblyman Edgar Flores pressed Austin on the role racial bias plays in assessing risk for defendants.

If there is bias, Austin argued it wouldn’t be in the risk assessment, but rather during arrest and conviction.

“Where the big racial and ethnic decision kicks in is at the police decision to arrest,” he said. “I can look nationally at the Black population at 12 percent but the percentage that are arrested jumps up to about 30 percent. That’s the big jump. Then you look for other jumps for those charged, convicted, length of stay and you can see other jumps.”

Harris questioned Austin about why racial bias wasn’t considered when the pretrial assessment tool was developed.

“Is that a question that should have been asked in developing the tool, whether there is a larger bias in conviction, how much weight we should give it, whether the bias is large enough that it requires some type of mitigating factor by a lower weight or whether it’s not a big enough factor? Harris asked. “That wasn’t even explored?

Austin stressed the bias can’t be tracked in the tool but rather needs to be done in the court process.

The committee is still hoping to gather more data relating to bail and pretrial release, such as the percentage of people who fail to appear.

Lawmakers haven’t received presentations from impacted communities and criminal justice reform advocates, though they signaled that would happen at a future meeting.

The committee is scheduled to meet again in April and has until September 1 to submit any bill draft requests for potential legislation. 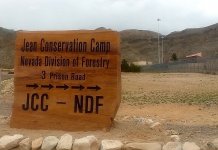