Who’s got it and who’s had it? How long has it been around and when will it end?

Millions of people throughout the world are pondering the same questions. Clues to the answers, which may be found in the novel coronavirus itself, could save lives and be invaluable to business by targeting testing, eventually getting people back to work, especially health care workers and first responders sidelined by lengthy quarantines.

Certainty is as rare a commodity these days as toilet paper, but the best clues to COVID-19’s past and future can be found in its genome, which is about 30,000 characters long.  Chinese scientists decoded the genome and published it shortly after the virus surfaced, allowing experts around the world to begin work on diagnostic tests, vaccines and mapping its spread using new technology that has revolutionized epidemiology.

The data indicate where the virus has been, allow scientists to make educated guesses about where it may go next, and target testing.  Scientists can also discover the effects environmental factors such as heat and humidity have on the virus.

“We are in fact doing that on the School of Medicine campus, here at UNR,” says Nevada Public Lab Director Dr. Mark Pandori.

“We aim to analyze the positives (test results) from all over the state,” he says. “A collaboration will allow us to compare phylogenetic relationships within the state but also with the Bay Area in California.”

“We have not done that in Southern Nevada,” says Dr. Brian Labus, an assistant professor at UNLV’s School of Public Health and a member of Gov. Steve Sisolak’s COVID-19 medical advisory team. “It’s a complicated analysis and it doesn’t really mean all that much. If we know it was circulating for weeks before we found it in Washington, we can make the same assumption for here.”

On Saturday, the Centers for Disease Control invited Pandori and others to join its efforts to prioritize genomic sequencing of COVID-19.

“Throughout this pandemic — and long afterwards — we will be defined by our collective determination, compassion and our willingness to both collaborate and lead,” the CDC wrote via email. “For those of us who work in public health and pathogen genomics, our actions over the coming weeks and months may be the most consequential and important work of our lifetimes, helping to understand and mitigate this pandemic as it unfolds, and working to protect the health and safety of millions of Americans, and the interconnected billions who share our planet and our lives.”

Coronaviruses, including the new one that causes COVID-19, mutate as they spread from person to person. The changes to the virus’ RNA structure are slight — not enough to alter its nature — but are easily identified, allowing scientists to piece together a puzzle with the virus genome of infected people.

“Together, we have the resources and expertise to launch a coordinated national sequencing strategy. And together, we can meet the many challenges ahead,” the CDC said.

These phylogenetic trees contain the data from the nucleotides — Adenosine, Thymine, Cytosine, and Guanine — that inform genomic epidemiology.

“The field of genomic epidemiology focuses on using the genetic sequences of pathogens to understand patterns of transmission and spread,” says the website of Trevor Bedford, a computational biologist and founder of the Bedford Lab at the Fred Hutchinson Cancer Research Center in Seattle.

In January, scientists at Fred Hutch, as it’s known, sequenced the genome of the virus in a Seattle man, the first person to test positive for COVID-19 in the U.S.

More than a month later, a Seattle scientist who had collected specimens from people who tested negative for the flu but were experiencing flu-like symptoms, discovered that the virus in a specimen from a young man closely matched that of the first U.S. case, the infected Seattle man. It was an indication the virus had been spreading in the community, undetected for more than a month.

Scientists worldwide are uploading their phylogenetic trees to a central database at the Global Initiative for Sharing Avian Influenza Data, or GISAID. A software product called Nextstrain maps data that has been uploaded, offering a visual presentation of the virus’ spread.

In animated, Spirograph-like swirls of different colors representing the location of the transmission, the map charts the progression of the virus.

“Although the genetic relationships among sampled viruses are quite clear, there is considerable uncertainty surrounding estimates of transmission dates and in reconstruction of geographic spread,” the website says. “Please be aware that specific inferred transmission patterns are only a hypothesis.”

COVID-19’s path into Nevada remains unknown.  The effort to track cases here has been hamstrung by a scarcity of testing.

“It does take time to generate that data, for one, as the technology has a much longer turnaround time than base testing,” says Pandori. “And secondarily, we didn’t have as many cases as Seattle did early on.”

“That kind of data is not useful (and you really can’t do a decent phylogenetic analysis) until you have had a significant number of cases,” he said.

How many tests are needed to ensure a valid database?

“It is subjective, oddly.  Different experts think different things,” says Pandori. “I think it only makes sense when you are over 20-25 patients.”

As of Monday morning, Nevada had tested 13,000 individuals.  Of those, 996, or about 9 percent, tested positive. The state reported its first case on March 5 in a Las Vegas man who had traveled to Washington and Texas.  That evening, Washoe County reported its first case in a man who was a passenger on a February sailing of the Grand Princess cruise ship.

Experts say testing for the virus will be vital in bringing the pandemic to an end.

Southern Nevada and Washoe County health officials also collect specimens from people who do not test positive for the flu but suffer flu-like illnesses, but neither health district has tested specimens for COVID-19.  Such testing could help health officials determine if the virus spread undetected in the state before testing became available.

Identifying early clusters in the outbreak, such as the one in Seattle, could help health officials target where to deploy tests for the virus and antibody tests as they become available, allowing people to return to work.

But Pandori says he doesn’t know if that would hold true in Nevada, a tourist hub.

“Yes, normally, this sort of analysis would be useful for identifying things like point sources,” says Pandori. “But I’m presently hypothesizing that the virus arrived in the U.S. from multiple locations worldwide. Nevada, therefore, could be a miniature version of that.  We’ll see.” 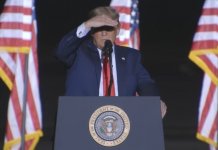 With workers at risk, hospitality jobs could fall victim to COVID-19