Following positive COVID-19 cases being confirmed at local detention centers, corrections officials are being pressed to take more action to further protect inmates, administer more testing and be forthright about their response.

Las Vegas Metropolitan Police Department’s transparency was brought under scrutiny after the agency announced April 13 that four inmates had tested positive for COVID-19 since March 13.

At a press conference in late March, Sheriff Joe Lombardo said there weren’t any confirmed cases of COVID-19 among inmates at Clark County Detention Center.

Following up at the April 29 meeting, Callaway explained he only presented information he had at the time, which changed an hour after the meeting.

“I look at this and think they are lying to us,” said Jagada Chambers, an organizer with the mass liberation project with the Progressive Leadership Alliance of Nevada. “You come into a meeting and present like you’re prepared to give correct information when you’re not.”

“If we are taking him at his word and he genuinely didn’t have that information that was released roughly an hour later, then that’s a communication issue that needs to be worked out,” added Nikki Levy, an attorney with the ACLU of Nevada.

Callaway argued that Metro had been transparent, referencing dozens of press releases it has sent out since the start of the pandemic. Only two releases dealt specifically with testing inmates.

“Press releases aren’t transparency, they are a way for you to control the narrative,” Levy countered.

The ACLU, along with other attorneys and criminal justice reform advocates, have been frustrated by the lack of corrections agencies to release updated information.

Some weren’t aware an inmate at the City of Las Vegas jail tested positive for COVID-19 April 11. The city didn’t send out any information about it, though it was reported by KSNV April 16.

“If people want to ask, we are happy to answer,” said city spokesman David Riggleman.

The man, he said, was detained at the jail on April 10 and sent to the hospital the next day. He didn’t return to City Jail and Riggleman wasn’t aware of his status.

All the inmates and staff members who came in contact with the inmate were quarantined. Corrections staff were allowed to return without being tested as long as they didn’t have symptoms manifest during their quarantine.

“We were following the protocols set forth by the (Centers for Disease Control and Prevention) and the guidelines laid out by the health district,” Riggleman said last week. “You have to keep in mind at that point, testing wasn’t readily available.”

The city jail, he noted, administered tests to inmates if they show symptoms such as a fever higher than 100.5 degrees, and coughing.

Jace Radke, another City of Las Vegas spokesman, confirmed that was only two inmates as of Thursday.

“We have tests on hand, and the contracted healthcare provider at the jail determines when a test should be administered,” he said.

As of May 6, 64 inmates with the Clark County Detention Center had been given COVID-19 tests.

“That last they reported, there were 2,500 people at CCDC so that’s a dismal amount of testing,” Levy said. “That’s not enough information to know anything.”

Metro isn’t considering it at the county facility.

“At this point we are not looking at mass testing of inmates at CCDC,” said Officer Aden Ocampo-Gomez. “We will continue to monitor the need to mass test and adjust our approach as necessary.”

When other correctional facilities around the country, both prisons and jails, have done mass testing, they’ve found significant numbers of inmates testing positive for COVID-19 despite not showing any symptoms, Levy said.

“We need to know who has this virus and it is entirely possible multiple people within the facility are asymptomatic and spreading it,” she added. “We won’t know this until a significant amount of testing is done.”

In addition to increased testing, advocates have called to depopulate jails and prisons  since the start of the pandemic. The Nevada Sentencing Commission won’t consider recommending that course of action for the Nevada Department of Corrections, nor has Gov. Steve Sisolak put any plans in motion.

“The conversation gets derailed and people say we are trying to release everyone who is dangerous or the Unabomber,” Levy said, referencing a comment of a Nevada Sentencing Commission member during an April 13 meeting. “What we are advocating for is not unreasonable. Some people in jail couldn’t pay bail. They shouldn’t die of this virus because they couldn’t afford a few thousand dollars.”

On April 17, Lombardo announced efforts to reduce the incarcerated CCDC population up to 10 percent, about 290 inmates.

People who served 75 percent of their sentence, those confined on a technical violation of parole, and medically vulnerable inmates were eligible.

“By caping it at 10 percent, you put a ceiling on how many people you can release,” Chambers said. “By removing that cap, you could open the door for more people to be released.”

He added Metro could look at amending house arrest conditions that prevent some from living in weekly motels. Chambers also said that funding from the CARES Act could help alleviate housing issues for eligible inmates who lack proper living accommodations.

The city jail has also seen a decrease in its population. As of May 6, there were 292 people incarcerated at its jail, down from the average daily population of about 700 inmates

A breakdown of charges for those locked up shows:

The remaining 14 percent are a composite of various charges, but each crime accounts for less than 5 percent of the jail population.

Levy said as the state considers reopening businesses, which began Saturday, it has to consider its incarcerated population.

“You can’t do a meaningful reopening when these facilities have a chance of becoming a tinderbox,” she said. “An outbreak doesn’t stay in the facility. Staff members, who might feel well and be asymptomatic, could take it home with them or could bring it inside and spread it.” 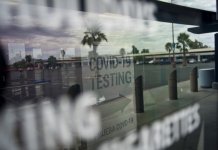 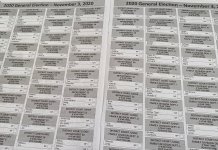 So many judicial races, except when there aren’t

Social distancing not an option for those experiencing homelessness