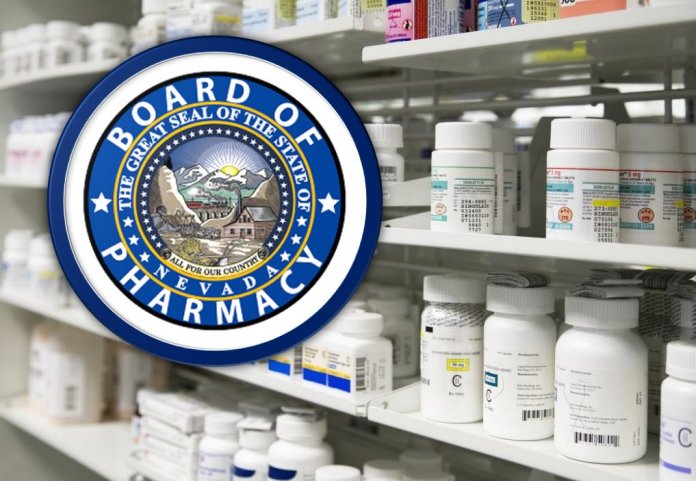 As state agencies slash their budgets and workers take furlough days to help fill an $800 million budget hole in the current fiscal year and more cuts on the horizon for the next, employees of the Nevada Board of Pharmacy are enjoying a boost in pay.

The Current has learned that this year the Board of Pharmacy increased its employer contribution to employees’ 457 retirement accounts to 50 percent, meaning for each dollar workers contribute to the fund, the Board contributes fifty cents.  It’s the second increase in two years. Last year, the board increased its match from ten percent to 30 percent.

The accounts are comparable to 401K accounts in the private sector and supplement the state’s primary retirement fund, the Public Employees Retirement System (PERS).

“For a point of reference, the typical employer 401(k) contribution rate for private-sector workers is between 3-6%, so the 50% rate adopted by the Board is extremely excessive,” says Robert Fellner of the Nevada Policy Research Institute, a Libertarian think tank, via email.  “The fact that this benefit is provided in addition to PERS (Public Employee Retirement System) makes clear that this is a simple giveaway of public money so that Board employees can profit at the public’s expense.”

The most recent increase to 50 percent went into effect January 1, and was granted retroactively to employees in a lump sum in May, according to a source.

“We’ve researched the minutes and can’t find where this was openly discussed.  Our question is whether there was an open meeting violation,” says Bryan Wachter of the Retail Association of Nevada, which represents drug stores and other establishments that have pharmacies.

An audio recording of the June 2019 Board of Pharmacy meeting makes no mention of the massive increase.  Instead, the Board’s Executive Secretary David Wuest tells board members that employees will receive a four percent salary increase that will be spread to deferred compensation.  When asked by a board member where the employer match appears in the budget, Wuest says there is no line item, noting “it’s included in salaries.”

Wuest tells board members that while he can’t mandate that employees contribute to a 457 retirement account, he encourages each to do so.

“I will sit you down and show you how I can make you a millionaire if you work here for 30 years and put 10 percent into deferred comp,” he said.

“After discussion, the Board authorized the Executive Secretary to determine a cost of living increase for Board employees and modify deferred compensation benefits,” the meeting minutes read.

At the same meeting, then-Board member Kevin Desmond “moved to allow the Executive Secretary to pursue increasing fees to address the financial shortfalls in the Board’s budget.”

An audit last year revealed executives of the Board of Pharmacy may be overpaid.  Four top-level employees, including Wuest, were in violation of a state law limiting compensation to no more than  95 percent of the governor’s salary.

“We are frustrated after hearing board complaints that fees are too low, especially if these are the type of compensation packages that are being given,” Wachter told the Current, noting the financial shortages the state is facing as a result of the COVID-19 closures.

“The Pharmacy Board’s decision to raise licensing fees, while further enriching its own highly-paid staff, highlights how broken the current system is. This type of self-serving behavior will continue until the Legislature implements meaningful reform,” says Fellner.

“The vast majority of state employees do not receive employer contributions to their state deferred compensation plans,” says Stephanie Klapstein, spokeswoman for the Department of Administration.

Regulatory agencies such as the Board of Pharmacy are funded by licensing fees rather than the state’s general fund and have the discretion to match funds.

In addition to the Board of Pharmacy, three of the state’s 34 regulatory boards — Occupational Therapy, Speech and Hearing, and the Board of Funeral Directors — offer an employer match.

The Board of Occupational Therapy and the Board of Speech and Hearing currently contribute 9.05 percent of eligible wages.  The Board of Funeral Directors matches employee contributions of 14 percent but the agency does not participate in PERS.

Department of Administration spokeswoman Klapstein was unaware whether the state limits the percentage employers can match.

Board chair and president Dr. Helen Park, who was not on the board when the increase was approved, initially said she was unaware of the hike in employer matching funds and promised to call back after consultation with the board’s attorney.  She did not respond to subsequent calls and emails.

Critics say the Board’s executives such as Wuest, those with the highest salaries, are the most likely to make contributions to retirement savings and reap the benefits of the generous match.

“There is too little oversight and too much self-serving behavior among Nevada’s licensing boards, which is one reason why state licensing is such a terrible policy tool for protecting consumer welfare,” says Fellner of NPRI, who says Sisolak should replace “many of these boards with their more effective alternatives, which include state registration, mandatory bonding and insurance, stronger consumer protection laws, voluntary, 3rd-party professional certification and simple market competition.”

Eligible for jobs in the first place?

The Board of Pharmacy is declining to respond to questions about whether Park and Wuest are eligible for their jobs under state law.

Wuest, the pharmacy board’s Executive Secretary, is married to a licensee.  His wife, Deborah, a Reno pharmacist, has been licensed since 1992, according to the board’s website.

Park, appointed by Gov. Steve Sisolak last year to chair the board, also appears to be ineligible for her position.

State law requires that Board members “are actively engaged in the practice of pharmacy in the State of Nevada and have had at least 5 years’ experience as registered pharmacists preceding the appointment.”

“She works here and this is her only job,” said Dawn Benson, assistant to the school’s dean.

“President Park meets the statutory requirements to serve on the Nevada State Board of Pharmacy,” said Kandt.  Kandt would not say where Park is actively practicing pharmacy.

Park, a 2011 graduate of Roseman, is the Assistant Dean for Admissions and Student Affairs and Associate Professor for the school’s College of Pharmacy.  Her biography on Roseman’s website says she worked for “almost three years at Target” before going to work for the university in 2014.

Park did not respond to numerous requests for comment, nor did the Department of Administration, which state auditors suggested should increase its oversight of boards.

Sisolak has also not responded to requests for comment.

A source who asked not to be named says the Attorney General’s office was notified in January that Wuest and Park are statutorily ineligible for their positions.

The Attorney General’s office has declined to say whether it is investigating.

Charter school approval comes with warning: Be inclusive (or else)