A contract dispute between a Las Vegas charter school and a for-profit Utah corporation is exposing the financial inner workings of the charter school industry, which involves sending millions of dollars in Nevada tax dollars out of state.

APA LV Attorney Jason Guinasso told the Nevada State Public Charter School Authority board, which has to be informed and approve of any “material changes” made by individual school boards, that severing the contract means millions in per-pupil funding “will no longer leave the state of Nevada to benefit a Utah corporation.”

Guinasso explained that APA LV was paying American Preparatory Schools a flat fee of $997 per student. With 1,639 students enrolled last academic year, that works out to $1.6 million being sent out of state to a for-profit company.

And that fee was expected to rise to $2.3 million annually with the opening of a second APA campus in Las Vegas later this year.

Lee Igbody, chair of the APA LV board, described the school’s return on investment harshly: “$1.6 million for essentially nothing and $2.3 million for even less.”

Guinasso, who previously served three years as a charter authority board member, said the financial transactions did not involve an invoicing process or any statement of services rendered. Instead, the money was paid out automatically through the municipal bond agreement the school entered in order to build its campuses.

On its website, Denver-based Buck Financial lists that APA LV bond value at $17.9 million. Buck Financial states on a blog post that it was a financial advisor on the project. Utah-based Charter Facility Support Foundation is the borrower of that bond and will lease the land to American Preparatory Academy Las Vegas, a common setup for charter schools who operate standalone buildings.

According to correspondence from Guinasso to a lawyer representing the Charter Facility Support Foundation, the bond is secured by the per-pupil funding guaranteed to the charter school through Nevada’s Distributive Schools Account. The Nevada DSA is the primary source of funding for K-12 education and provides more than $6,000 per pupil to individual districts and schools.

Relationships between educational management organizations and individual charter schools vary, with some sticking to administrative and back-office functions and others being more hands-on with academics. Guinasso told the charter authority board it’s common for schools to rely heavily on an education management organization in the first few years of operation before eventually “right sizing” their services down or breaking away completely once they are established.

Charter School Authority Executive Director Rebecca Feiden estimated that APA LV sending $997 per student works out to about 10 to 15 percent of the school’s total budget being sent to American Preparatory Schools management company in Utah.

The authority says it does not explicitly track what percentage of school budgets are sent to education management organizations, though it does consider information during its renewal process. The percentage of a charter school’s budget that is sent to its management company can range from 5 to 15 percent here in Nevada.

Nationally, the average is 12 percent.

Academica, the non-profit organization contracted as the educational management organization for approximately one-third of all charter schools located in Nevada, charges $450 per student. The authority says that works out to about 6 percent of those school’s budgets, making the state’s average lower than the national average.

Because charter schools are publicly funded but privately managed, oversight can be a challenge.

APA LV board members say since late last year they have asked for specific details on how the millions of dollars they have paid to American Preparatory Schools were spent to no avail. At their June 11 meeting, an attorney for the education management organization told APA LV he would not be providing the information requested by the board: “As you know, APS is a private, for-profit company and is not required to disclose any of the information.”

The moment was highlighted during a news segment by Salt Lake City-based television station KUTV, which has for years investigated American Preparatory Schools and its five associated APA Utah schools.

According to legal correspondence obtained by the Current, APA LV has attempted to find out how American Preparatory Academy is spending an undisclosed amount of federal relief money it received through the Paycheck Protection Program. The PPP was intended to help small businesses negatively impacted by the coronavirus pandemic.

APA LV requested from American Preparatory Schools its PPP application and a detailed breakdown of what the money was being spent on. In their denial of that request, American Preparatory Schools through their attorney wrote that the Utah company “intends to use the PPP funds for authorized purposes consistent with SBA guidelines. It cannot, nor will it, allocate any funds to APA-LV.”

The answer did not satisfy APA LV.

“The information we have requested is necessary to making sure that APS did not receive PPP money from the federal government while at the same time getting paid by APA-LV,” wrote Guinasso in response. “Double recovery for the payroll and expenses of APS in Nevada is not ethical and is otherwise not lawful.”

Dozens of charter schools across the country have been criticized for applying and accepting PPP funds while simultaneously receiving federal relief grants distributed to public educational institutions through the CARES Act.

APA LV board chair Lee Igbody also alleged to the charter authority board that “epic mismanagement” by American Preparatory Schools has resulted in the under-construction second Las Vegas campus being over budget by at least half a million dollars.

“They tried to conceal that from us,” he added.

APA LV held a groundbreaking ceremony for their second campus in early February. Located approximately 1.6 miles from the first campus, the second campus was designed to house the school’s K-6 grades, making room for an expansion of higher level grades at the original location.

It will not be ready in time to open before the upcoming school year. Craig Jex, the APA LV employee overseeing the project, told the charter authority board the main issue holding up the project is beyond the control of anyone at the school or the education management organization: It’s related to infrastructure needs by NV Energy.

According to a letter to APA LV from the Charter Facility Support Foundation through a lawyer, a required change related to power infrastructure has resulted in $323,486 in additional fees to NV Energy. That letter also lists “wish list” items that must be cut due to the project being over budget, though it does not list monetary amounts for those items.

Charter Facility Support Foundation is an LLC formed by a Utah-based nonprofit American Preparatory Education Foundation specifically for the purchase of the school site, which it will lease to APA LV.

American Preparatory Education Foundation owns Charter Facility Support Foundation. The parent foundation’s governing board has “familial ties” to the education management organization American Preparatory Schools, which it disclosed to the Nevada charter school authority in 2017. In their disclosure, the foundation wrote the family members were not parties to the proposed transaction.

APA LV representatives told the charter authority board the school’s board of directors are meeting weekly to discuss the transition away from American Preparatory Schools, which they hope to have completed by the end of July. The school will have to change its name and adjust their reopening plans in light of both the pandemic and the delayed construction schedule of their second campus.

The school is expected to go before the charter authority board again in July. 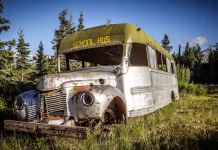 CCSD to school: Spend money we haven’t given you yet, and may not ever give you

LV charter school alleges it paid $1.6m to Utah management company ‘for nothing’