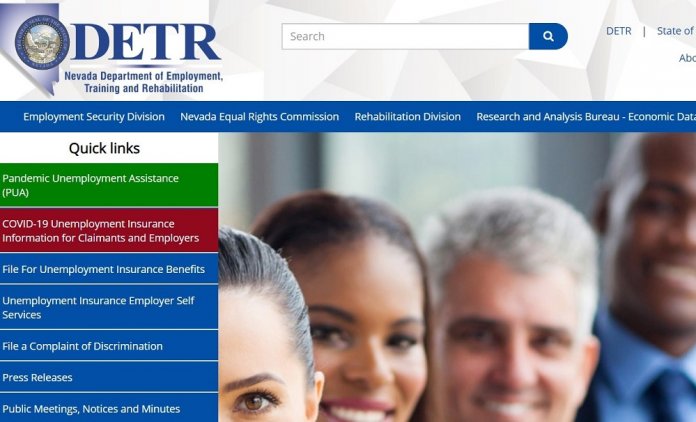 Checks must be on the way by next week to some 130,000 Nevadans who applied for Pandemic Unemployment Assistance but have waited, some as long as 17 weeks, for payment.

On Monday, Washoe County Judge Barry Breslow ordered extraordinary relief, a writ compelling a state agency to take action — in this case, make payments to applicants for relief under the Pandemic Unemployment Assistance program — a component of the CARES Act that awarded benefits to workers who are traditionally not eligible.

“If other states were hit by a tsunami, we were on a barrier island,” Breslow said of Nevada.

Only one plaintiff in the case remains unpaid by the state, but attorneys say thousands of others are still awaiting payment.

Breslow ruled the Nevada Department of Employment, Training and Rehabilitation (DETR) erred in requiring so-called gig workers and others to completely suspend operations to qualify for assistance.

“That would penalize somebody for trying to support themselves and their family,” Breslow said as he issued the order. “We are not going to penalize people under the CARES Act…”

Breslow said the decision by DETR was “an abuse of its discretion.”

“That ends today,” he said. “DETR is not to withhold benefits that have already started.”

Breslow said the state may not cut off payments unless the applicant did not file a claim, has earnings “in excess of that which would qualify for benefits,” or in cases where the state has “clear and convincing evidence of fraud…”

He also wants DETR to address the “purgatory” of applicants who have been shuttled between traditional unemployment programs and PUA, resulting in weeks of delays in payments.

A hearing is scheduled for July 30 to determine what progress DETR has made in moving those who filed first to the “front of the line,” as well as people who have not received benefits because they filed before the first COVID case was recorded in Nevada March 5.

Court-appointed Special Master Jason Guinasso said DETR was “trying to do a heroic amount of work under impossible conditions.”

Guinasso, who compiled a matrix of email complaints from applicants for a court-ordered report, said the “expression of human suffering and despair can’t be overstated.”

Alorica, the company contracted by the state to assist filers, “failed to provide competent and compassionate service,” according to Guinasso.

“It was essentially putting salt in an already open wound,” he said of the treatment desperate Nevadans received from Alorica employees.

DETR is largely funded by federal grants based on unemployment filings in previous years.

“It causes the number of staff that are available to fluctuate and flow,” he said, noting Nevada’s low unemployment in the years preceding the pandemic.

Guinasso recommended Nevada rely on a volunteer force to get through the backlog of cases in 45 days.

“DETR needs help and they don’t have any money to hire other people,” he said.

He also urged the state to examine its contract with Alorica.

“The state has a right to demand competence and service from Alorica,” he said.

Attorneys for the plaintiffs took exception to the state’s presumption of fraud in cases in which the applicant fails to answer phone calls.

“Maybe their phones have been turned off because they can’t pay their bills,” said Reno attorney Mark Thierman.

Thierman noted the economic disparity “between this group and people who work for big corporations, or if they’re wealthy and self-employed, form S corporations and get paid,” adding “the solutions, we don’t have time for.”

“What we have time for is writing a check for the people who have been predetermined to be eligible,” he said.

Thierman noted the “Catch-22” of cases in which applicants for PUA have been booted from that program because they are told they qualify for the traditional state unemployment insurance program, and are then required by the state to apply to qualify for it.

“When are these people going to get paid?” he asked. “That’s what this lawsuit is about.  It’s not about fixing DETR.”