A seminal criminal justice reform designed to save taxpayer money and reduce Nevada’s prison population does not apply to the approximately 14,000 inmates currently incarcerated or 19,000 offenders already under community supervision.

Assembly Bill 236, a massive reform bill passed in 2019, prohibits authorities from revoking parole and probation for technical reasons such as missing a treatment session or failing to file a change of address — offenses that previously landed parolees and probationers back in prison.

“The statute does not indicate whether those provisions apply retroactively. As a result, judges are making decisions based on their interpretation of the law,” said Eighth Judicial District Chief Judge Linda Bell of Clark County.

Portions of the law went into effect July 1 and apply only to those “sentenced” after that date, according to testimony from Assemblyman Steve Yeager, chairman of the Assembly Judiciary Committee, which sponsored the bill.

“Generally speaking, it would not be retroactive,” Yeager said in 2019. “The effective date of the bill, whenever it is effective means that it would apply to any sentencing that happened after that date. We would not be going back and looking at prior sentences. Although, from a fairness perspective, we may want to do that as a Legislature.”

“It becomes extraordinarily difficult to do, particularly in the context of making sure victims had their day and had their say, to go back and undo some of that. It would just apply going forward,” Yeager said. He has not responded to requests to further explain how the measure would harm victims.

Clark County Commissioner Tick Segerblom says the Nevada Legislature, which is currently in special session and taking up criminal justice reforms, should tweak the measure and make it retroactive.

“AB 236 clearly intended to cover all potential revocations which occur after July 1, 2020, no matter when they were sentenced. To assert otherwise harms the individual, his or her family, while costing the state millions of dollars,” Segerblom told the Current.

“It should be (retroactive),” said Laura Martin, executive director of the Progressive Leadership Alliance of Nevada. “I feel like that would be fair.”

ACLU of Nevada attorney Holly Welborn testified in 2019 on the bill’s shortcomings, including “the fact that it does not apply retroactively.”

“This means there are thousands of Nevadans who are serving time in the Nevada Department of Corrections on grossly disproportionate sentences,” she said.  “If this bill applied retroactively, we could correct that and address the prison population more immediately.”

The measure is designed to contribute to taxpayer savings of more than $600 hundred million during the next decade and help avoid the construction of new prisons.

“Even if we pass every single component of the bill as it is currently written, we will not
eliminate all of the future growth, and none of these polices will reduce our current prison
population, which exceeds the capacity of the prison system,” Welborn told lawmakers in March 2019.  “We will still be adding more people to the prison population, which requires us to funnel more taxpayer resources into the prison system, which means less money for other programs.”

The Justice Reinvestment Initiative, a report compiled by the Nevada Advisory Commission on the Administration of Justice, says 39 percent of Nevada prison admissions in 2017 were the result of parole or probation revocations. Of those, 34 percent of offenders were sent to prison for “technical violations of supervision, meaning they failed to comply with a condition of supervision such as failing a drug test or not going to treatment.”

Nevada had 19,000 offenders under community supervision at the end of 2016, according to the Bureau of Justice Statistics. 13,724 were on probation and 5,261 were on parole.

“Sometimes we expect perfection and it’s not going to happen for most offenders,” Yeager said in 2019. “We try to establish a system where for more minor violations they’re not going back to serve an entire sentence at taxpayer expense,” but rather address the issue that is causing the violation.

If the Court finds the offense amounts to a technical violation, it can continue probation and modify the terms, or revoke probation under certain conditions.

A judge may not revoke probation for the sole offense of:

Researchers found 73 percent of those who violated their community supervision indicated a mental health or substance abuse issue.

Note: On Saturday, Aug. 1, the Nevada Assembly amended the law, noting it applies to crimes committed before July 1 as long as sentencing occurs after that date. 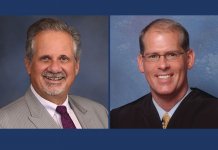