When the City of Las Vegas asked the 2019 Legislature to let the city generate $20 million to go toward homeless services, the bill was gutted and lawmakers instead created a regional working group tasked with finding funding sources to reduce homelessness and fill service gaps.

In its final report to Clark County Commissioners Tuesday, the working group is handing a good portion of the funding responsibility right back to the Legislature.

Two of the recommendations for potential sources of funding include legislative action to “identify a dedicated tax source to fund homelessness” and “establish enabling language to support local government funding opportunities to support programming and services to reduce homelessness.”

Other working group proposals include:

The final report will head to lawmakers, including the bill’s sponsor Assemblywoman Dina Neal (D-Clark), but the county wasn’t sure what bill draft requests could manifest in the 2021 legislative session.

“As we present this report to Assemblywoman Neal, there would be opportunities for maybe not only Assemblywoman Neal but other legislators to be able to introduce some legislation to address some of the funding issues that we’re experiencing,” Clark County manager Yolanda King said. “I do believe there is probably opportunity locally among the county as well as the jurisdictions where we could also impose something through ordinances where we have that enabling language to do so. It’s going to take a joint effort between the Legislature and our local boards and councils.”

Any money raised through additional funding sources, whether it is a tax or some other legislatively-mandated proposal, would go to fill holes and services in order to reduce homelessness.

“These numbers speak to the enormous gap we have in both housing and providing behavioral health services in Southern Nevada,” said Clark County Commissioner Justin Jones. “Obviously we are in difficult financial circumstances, but I do hope the Legislature takes note, and if they are as interested as we are in addressing these issues, that we can work together and find a solution moving forward.”

An estimated 14,000 people were expected to experience homelessness in Southern Nevada this year — the number is a pre-Covid figure, one that is expected to grow given the rise of unemployment and housing instability.

Prior to the pandemic, lawmakers struggled to fund homeless services and affordable housing.

Last year, the county allocated more than $9 million in marijuana business license fee revenue to a variety of homeless services, including to help youth experiencing homelessness and those who are medically fragile.

Meanwhile, the City of Las Vegas proposed what would become Assembly Bill 73 as a way to raise more money for homeless services. The city’s proposed legislation would have increased the a city sewer surcharge fee each year to raise $5 million and increased the real property transfer tax to garner an additional $15 million.

The rewritten version of the bill instead created a group with representatives of Southern Nevada municipalities, Clark County, service providers, and a lot of talk about working together — there is already a Southern Nevada Homeless Continuum of Care looking at ways to tackle homelessness.

Over the course of a dozen meetings the group has looked at Southern Nevada’s shelter and housing capacity and gaps in funding along with discussing how to find dedicated funding sources to contend with service shortfalls.

Data from Cloudburst Corporation for Supportive Housing, a U.S. Housing and Urban Development-consultant the group contracted, showed one of the biggest gaps was about a $31 million shortfall in rapid re-housing funding.

But proposed solutions again and again came back to Southern Nevada’s lack of affordable and low-income housing.

“Housing is something we have talked about a lot but I think one of the pieces we need to emphasize is in our low-income housing we are short 78,000 units,” said assistant county manager Kevin Schiller. “This deficit is significant and contributes to the issue. How do we leverage private dollars to build that affordable housing? How do we expand scattered site housing at all levels?”

Some of the ideas to rectify the deficit include purchasing vacant multi unit properties for non-congregate housing and increasing housing vouchers and “shallow subsidies,” which are resources like case management or housing assistance once a person enters permanent supportive housing.

Other recommendations to build affordable housing again come back to proposals that would require legislative approval:

Legislation around the creation of affordable housing and the role of local government has faced intense pushback from developers.

In 2019, lawmakers killed a bill that enabled language to allow, but not mandate, municipalities to consider policies like inclusionary zoning while advancing legislation that allowed local governments to reduce or subsidize certain fees in order to aid developers. 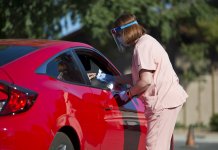