Dan Rodimer’s campaign made a video riffing on the movie The Hangover. It’s a clever idea. The production quality is quite good for a campaign video. And it makes a convincing case Rodimer should never be in Congress.

The video opens with Rodimer waking up, or coming to, in a hotel room strewn with empty bottles labeled “SOCIALISM” and “RIOTS AND LOOTING” and “MASK MANDATES” and “WAR ON SMALL BUSINESS.” Evidently Rodimer was up all night guzzling liquified versions of Republican scaremongering memes. No wonder he’s got a hangover.

“What happened America?,” asks our fuzzy-headed protagonist. “How did we get here? What has our government gotten us into?”

As Rodimer later notes in the video, Donald Trump has endorsed Rodimer’s candidacy in Nevada’s third congressional district. “What has our government gotten us into?” Rodimer should get Trump on the phone. He’s been in charge of “our government” for almost four years. It seems like a question for him.

If there’s one and only one thing Dan Rodimer would like you to know about Dan Rodimer, it is that “Big Dan” Rodimer was a professional wrestler. So it’s the first thing he says in the video as he leaves the hotel room to swagger, all professional wrestler-like and sometimes in slow-motion, amid assorted examples of those most iconic of Las Vegas institutions: casinos and pawn shops.

Does Rodimer like guns? Guns are peachy. Police? Loves him some police, Dan Rodimer does, especially when they’re protecting white Republicans against George Soros-financed antifa riots or whatever. And the police love him!

Well, the Las Vegas police union does, anyway. In his video, Rodimer doesn’t make the distinction between the department and the union, and doesn’t use the word “union.” His handlers know that many likely Rodimer voters still get confused when they hear a Republican say “union” unless it’s immediately followed by “thugs.” Which in this instance might not be entirely inappropriate, but I digress.

Using both the Strip and downtown Las Vegas — neither of which are in the congressional district where Rodimer is on the ballot — as backdrops, the candidate plays up his career as a professional violent person.

He’s “ready to knock some common sense into Washington.”

You can see how a former professional wrestler saying stuff like that would make him an ideal congressional candidate for a modern Republican Party consumed with more rage and testosterone than a surly teenage boy.

Yet weirdly, given the GOP brand and vibe these days, Rodimer isn’t campaigning on, and his splashy video never mentions, all the times he’s been arrested or had cops called on him for allegedly being violent in real life, including with women.

Given the celebrated record of abusive behavior perpetrated by none other than Trump (not only a Rodimer endorser but also that one dude who, to paraphrase Rodimer, got us here), it’s curious Rodimer doesn’t emphasize his undeniable boorish thug side more. Republican voters clearly dig that stuff.

But let’s leave the nuances of Republican identity politics aside for a moment, and focus on Rodimer’s policy chops. Specifically, let’s see what he has to say about the economy, almost certain to be more distressing and dismal in Nevada than in any other state far into the foreseeable future.

“Small businesses are getting crushed right now,” Rodimer explains, while riding the moving walkway at just another mom & pop Las Vegas Strip megaresort. “And they may never reopen.”

Because we can’t know when, if ever, the opportunity may again present itself, let the record show that Dan Rodimer said one thing that is correct.

Just that one thing, though.

“It’s dirty politicians,” Rodimer says in his next breath, “that get to determine what’s essential and what isn’t. That’s why Nevada has one of the highest unemployment rates in America.”

Nevada has one of the highest unemployment rates in America because despite all our inane and wasteful public subsidies of the football field and the battery factory and other already flush enterprises that don’t need giveaways from a state that refuses to adequately fund schools, Nevada, especially Southern Nevada where Rodimer is on the ballot, remains predominantly a tourist economy.

And as Rodimer may have noticed while he was shooting his video, all those casinos he’s standing amid as he tells us what he knows about the economy don’t have very many tourists in them.

That has nothing to do with decisions made by Nevada and states nationwide to close/open/close/partially reopen etc. businesses over the last several months. Visitors aren’t avoiding Las Vegas, and travel generally, because they’re fed up with “dirty politicians.” (Were that a concern Las Vegas would have never become a tourist destination in the first place).

Is Rodimer deliberately being daft to try to cast blame on “Democrat” elected officials, and pander to the GOP base’s lowest common denominator, while ignoring the actual, real economic hardships the pandemic has inflicted on Nevada, hardships that aren’t going away any time soon?

Or does Rodimer, his brow happily unsullied by the burden of thought, simply not grasp the relationship between national conditions and Southern Nevada’s economy and workforce, because that relationship isn’t of much personal concern to him, Dan Rodimer?

Not that they’re mutually exclusive. But whether it’s one, the other, or a combination of both, it appears Big Dan sadly doesn’t have what it takes to effectively represent Southern Nevadans in the U.S. House of Representatives: an ability to play well with others, and basic competence.

He, and Nevada, would be better off if he stuck to show business. 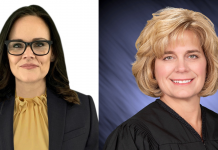 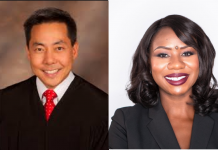 Dan Rodimer is hungover. It’s probably all the Kool-Aid.

The simple truth about Question 3