President Donald Trump’s nomination Saturday of Judge Amy Coney Barrett to the Supreme Court drew dire predictions from Nevada’s Democratic senators: Once Barrett is confirmed and the right’s majority on the court is expanded, Nevadans can say goodbye to the Affordable Care Act, including the act’s provisions covering people with preexisting conditions.

“I’m certain that this nominee would be the deciding vote that rips away protections for preexisting conditions for over one million Nevadans, and millions of Americans,” Sen. Catherine Cortez Matso said in a statement issued almost immediately after Trump announced the nominee.

“President Trump and Senate Republicans have tried for years to repeal the Affordable Care Act through legislation and the courts,” said Sen. Jacky Rosen, “and very soon, the Supreme Court will consider a case that could overturn the ACA completely. This means that the next Justice will decide whether individuals with pre-existing conditions could be denied health care coverage.”

Making his announcement at the White House Saturday, Trump said Barrett “will decide cases based on the text of the Constitution as written.”

Barrett, 48, who sits on the 7th Circuit Court of Appeals in Chicago, is a favorite among conservatives for her anti-abortion views, and given her age could serve on the highest court in the land for decades. Her confirmation would give conservatives six of the court’s nine seats, potentially shifting rulings considerably to the right.

Senate Republicans are scrambling to schedule what’s expected to be mid-October nomination hearings before the Judiciary Committee for Barrett. Outraged Democrats have pointed out that would amount to unprecedented speed, with only 37 days from Saturday until the presidential election on Nov. 3.

Trump said he expects the nomination process to be fairly quick.

“This should be a straightforward and prompt confirmation,” he said, adding, “Should be easy.”

Four years ago, Senate Majority Leader Mitch McConnell (R-Ky.) refused to hold a confirmation hearing for President Barack Obama’s last Supreme Court nominee Judge Merrick Garland, arguing that the seat should not be filled in an election year. That nomination came 237 days before the 2016 presidential election.

Former Vice President Joe Biden, the Democratic nominee for president, criticized Trump for nominating a Supreme Court Justice before a next president is selected.

“The United States Constitution was designed to give the voters one chance to have their voice heard on who serves on the Court,” Biden said in a statement.”The Senate should not act on this vacancy until after the American people select their next president and the next Congress.”

On average in recent decades it’s taken 43 days from the time of a president’s formal submission of a nominee to the Senate until the first public hearing, according to a Congressional Research Service report that looked at Supreme Court nominees from 1975 to 2018.

Barrett would replace the late Justice Ruth Bader Ginsburg, who died on Sept. 18 at the age of 87 of complications of metastatic pancreatic cancer.

Barrett in her remarks Saturday took note of Ginsburg’s legacy.

“Should I be confirmed, I will be mindful of who came before me,” she said.

“Justice Ginsburg began her career at a time when women were not welcome in the legal profession. But she not only broke glass ceilings, she smashed them.”

“She was a woman of enormous talents and consequence, and her life of public service serves as an example to us all, particularly poignant to me was her long and deep friendship with Justice Antonin Scalia, my mentor.”

Two Republican senators, Susan Collins of Maine and Lisa Murkowski of Alaska, have already announced their objections to quickly filling the Supreme Court vacancy left by Ginsburg —-a liberal icon who was a champion of equality and women’s rights. They have called for the seat to be filled after the November election, although it’s not clear if Collins would be an automatic “no” vote against a Trump nominee.

No other Republican senators have indicated reluctance to confirm a nominee quickly. For a nomination to fail on the Senate floor, four Republicans and every Democratic senator would have to vote not to confirm.

Before Ginsburg died, she dictated to her granddaughter, Clara Spera: “My most fervent wish is that I will not be replaced until a new president is installed.”

Senate Democrats have called for the court seat to remain vacant until Inauguration Day and have criticized McConnell for his rush while the U.S. is struggling to contain the coronavirus pandemic. More than 200,000 Americans have died this year from COVID-19 and more than 7 million are infected.

As statements from Cortez Masto and Rosen indicate, Senate Democrats are also putting health care at the forefront of the confirmation debate.

Biden in his statement noted  Barrett has a written track record of disagreeing with the landmark decision by the high court in 2012 upholding the Affordable Care Act passed under President Barack Obama.

“President Trump has been trying to throw out the Affordable Care Act for four years. Republicans have been trying to end it for a decade,” Biden said.

“With a unified Senate and White House, there is a clear historical precedent to move forward in this nomination process,” Sen. Chuck Grassley (R-Iowa) tweeted Saturday. “The Senate has the constitutional role to advise and consent to judicial nominees.”

If Barrett is confirmed, she would be Trump’s third appointee to the high court, following Kavanaugh and Justice Neil Gorsuch.

Multiple polls taken in recent days find a majority of Americans want the winner of the election to fill the seat vacated by Ginsburg’s death.

In their statements Saturday, Nevada’s Democratic senators slammed the GOP’s rush to fill the seat.

“Not only does Judge Barrett support the President’s plan to dismantle our nation’s health care law and eliminate reproductive freedoms, but the rush to confirm her nomination clearly violates the precedent that Senate Republicans set just four years ago for filling a Supreme Court vacancy,” Rosen said, noting the in many states millions of people across the country are already voting.

“My Republican colleagues should honor their own precedent on this process – the McConnell Rule – and ensure that the American people have their say at the ballot box before the Senate considers a lifetime appointment to the Supreme Court that will determine the future of access to quality, affordable health care in the United States,” Rosen said.

Cortez Masto said McConnell and Trump are trying “to ram through a lifetime appointment onto the Supreme Court before oral arguments on the Affordable Care Act are heard on November 10th.”

Barrett gained attention during her contentious confirmation hearing for the 7th Circuit in 2017 when she was questioned by Sen. Dianne Feinstein (D-Calif.) about her religious beliefs and how they played into her legal views.

“You have a long history of believing that your religious beliefs should prevail,” Feinstein, the top Democrat on Judiciary, said to Barrett. “The dogma lives loudly within you.”

That line of questioning rallied the religious right and the anti-abortion movement around Barrett.

“If you’re asking whether I take my faith seriously and I’m a faithful Catholic, I am,” Barrett told the Senate Judiciary Committee. “Although I would stress that my personal church affiliation or my religious belief would not bear in the discharge of my duties as a judge.”

She was confirmed nearly along party lines with a 55-43 vote.

Barrett shares Scalia’s originalist views that the Constitution should be interpreted by those who wrote and ratified it in 1787.

“The Constitution’s meaning is fixed until lawfully changed; thus, the court must stick with the original public meaning of the text even if it rules out the preference of a current majority,” she wrote in a 2017 law review.

In her speech shortly after the president formally nominated her, Barrett spoke about how influential the late Justice Scalia was to her.

“His judicial philosophy is mine too,” she said of her former mentor. “A judge must apply the law as written. Judges are not policy makers and they must be resolute at setting aside any policy views they might hold.”

Scalia’s widow, Maureen, and his son, Labor Secretary Eugene Scalia, were in the audience for Trump’s announcement.

While working a faculty member at Notre Dame Law School, Barrett was a member of the Faculty for Life, an anti-abortion group.

Before she was appointed a circuit court judge, Barrett spoke about her views on the future of abortion in a 2016 talk at Jacksonville University. She said that while she doesn’t think the right to abortion legalized in Roe v. Wade would go away, states might place their own restrictions on late-term abortions.

“I think the question of whether people can get very late-term abortions, you know, how many restrictions can be put on clinics, I think that would change,” she said during the talk.

During her time in the 7th Circuit, she considered an abortion case on an Indiana law that required fetal remains of an abortion or miscarriage to be buried, rather than allowing clinics to dispose of the remains.

The law, signed by former Gov. Mike Pence, who’s now vice president, also prevented abortions on the basis of race, sex or disabilities. The 7th Circuit panel found the law unconstitutional, but Barrett and three other conservative judges wrote a dissenting opinion that expressed skepticism that the law was unconstitutional. 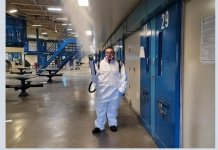 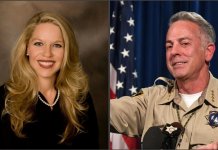