Nevadans next year are expected to have the opportunity to attempt for themselves the complicated task of redrawing political districts, with the possibility of submitting their proposed maps to lawmakers for consideration.

Lawmakers approved funding for the software earlier this year, but on Tuesday they heard more about how it might be used by the public. The interim legislative committee on reapportionment and redistricting heard a presentation from a public administrator in Utah where online tools that allow anyone to create and submit their own redistricting map have already been implemented.

Jerry Howe from Utah State Legislature staff said 1,000 people registered to use the mapping software and 323 plans were submitted to the state. Of those plans, 271 met the required criteria set by the state.

In one case, the lawmakers adopted a citizen proposal for school board districts.

Howe cautioned that while the hands-on participation opportunity creates a greater understanding of the redistricting process among interested people and groups, it does not mean everyone is happy with the eventual outcome. “There is a great deal at stake” for elected officials, aspiring candidates, political parties and communities, he added, which makes disagreements inevitable.

Nationally, community interest is growing in the complicated (and often controversial) process of political redistricting, which happens every 10 years, after the decennial census is completed. Here in Nevada, a citizen petition to create an independent redistricting committee failed to gather the signatures it needed. Organizers have said it was a casualty of the coronavirus pandemic, which greatly reduced opportunities for collecting signatures.

Nevada lawmakers were told in June that a special legislative session would be needed in 2021 in order to approve redistricted maps. Redistricting relies on finalized data from the U.S. Census Bureau and their deadlines for the 2020 Census had been extended due to operational delays caused by the pandemic. The Trump administration shortened the extended deadlines.

Guillermo Gonzalez, a congressional liaison with the U.S. Census Bureau told lawmakers Tuesday that the deadline for delivering reapportionment data to the president is Dec. 31 (the same as the original pre-pandemic deadline) and the plan for delivering redistricting data to the individual states is still in development.

Gonzalez and Brian Lee Berman, a senior partnership specialist with the Census Bureau, praised Nevada for achieving a 66.6 percent self-response rate. That rate landed Nevada 25th among states, a significant improvement over its previous 40th ranking.

The City of Henderson had a 76 percent self-response rate — the fourth best in the nation among cities its size.

Some states have prohibited the use of partisan data in redistricting, but Nevada is not one of them. Legislative Counsel Bureau staff noted that the Nevada Supreme Court has not weighed in on the issue of partisan gerrymandering.

Partisan data like voter registration numbers, voter history or election results can be used as an estimate of political competitiveness.

(The state treasurer race in 2018 was won by a slimmer margin than the Cegavske-Araujo showdown. However, lawmakers chose that one because the outcome resulted in a Republican winning.)

The 2020 presidential election results will also be used, assuming it’s considered competitive and falls within a 10 percent difference. 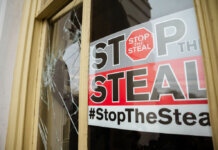 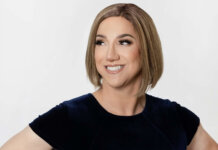 Native American voters are counting on the Legislature to increase access