After the widespread damage to thousands of rare desert wildflowers was discovered in September prompted allegations of vandalism, a report contracted by the Bureau of Land Management and the U.S. Fish and Wildlife Service strongly links the destruction to ground squirrels.

But an environmental group working to protect the flowers contends the report is far from conclusive.

Environmental DNA analysis of samples collected Oct. 2 found genetic signatures for ground squirrels and a small trace of human DNA on root samples and soils near damaged or dead plants.

The independent review, conducted by a researcher affiliated with Southern Utah University, concluded that buckwheat DNA detected in rodent scat near the site supports the ground squirrels hypothesis. Human DNA is attributed to contamination.

“Current drought conditions likely motivated the rodents to seek moisture by consuming the shallow taproots of mature buckwheat plants. This is the first time herbivory was documented on Tiehm’s buckwheat and its significance depends not only on its frequency and intensity, but whether damaged plants can recover and survive,” Chris Rose, a spokesman for BLM said in an email.

Tiehm’s buckwheat has been the subject of recent controversy amid conflict over the flower’s habitat. An Australian mining company, Ioneer Corp., has proposed an open-pit lithium mine on the plant’s only known habitat, risking its extinction in the wild.

The species is currently being considered for listing under both state and federal endangered, protected, or sensitive species laws.

Since the time the flower’s wide-spread destruction was first discovered in early September, conservationists, biologists and Ioneer have been at odds over whether the damage was caused by humans or rodents.

The Center for Biological Diversity (CBD), a non-profit conservation group, concluded that humans were responsible for destroying as many as 17,000 plants — up to 40 percent the total population.

A research team led by Elizabeth Leger — a plant biologist at the University of Nevada, Reno — was one of the first groups on site and similarly observed that as much as 50 percent of the plants had been severely damaged at four sites. However, Leger believed that rodents must have caused the damage.

Ioneer executive chairman James Calaway, who said at the time he was confident that rodents caused the destruction, welcomed the findings in the agencies’ report.

“This report categorically refutes the irresponsible assertion by the Center for Biological Diversity that this was an intentional human attack,” Calaway said during a press call Friday.

“This natural attack demonstrates why Ioneer’s determined commitment, under governmental oversight and enforcement, including our ongoing provision of long-term and substantial resources dedicated to Tiehm’s buckwheat survival and uplift, is so important.”

The company is funding a five-year study with UNR to determine the feasibility of propagating the rare plant under artificial conditions before transplanting them back to their natural habitat in Rhyolite Ridge, a research effort led by Leger.

Conservationists, however, remain skeptical that the report released by federal agencies pointing to ground squirrels as the culprit is conclusive.

A site assessment conducted by biologists with the Nevada Department of Wildlife on Sept. 23, obtained by the Center for Biological Diversity under a Nevada public records request and reviewed by the Current, suggested that pocket gophers were responsible for the damage, adding that while ground squirrels were observed at the site they were not “overly abundant.” However, biologists said disturbances to the site made conclusive findings difficult to determine.

Naomi Fraga, director of conservation at the California Botanic Garden in Claremont, who initially surveyed the site along with the Center for Biological Diversity, said she would be cautious about interpreting the results of the most recent study as definitive proof rodents caused the extensive damage.

“I am familiar with eDNA studies and I have co-authored a paper utilizing eDNA data. This report appears to provide evidence that buckwheat plant parts have at some point been eaten by white-tailed antelope ground squirrels at Rhyolite Ridge. But I don’t see how this line of evidence can substantiate that the entirety of the wide scale damage was caused by small mammals,” Fraga said.

The new report “proves at some point some squirrel ate some buckwheat, but I’m not sure you can draw the conclusion that  17,000 buckwheats were eaten by a renegade band of squirrels,” said Patrick Donnelly, Nevada state director of the CBD. “It’s definitely not the final answer.”

Focusing on the “who-done-it” would not advance the conservation and protection of the flower, Donnelly said.

The Center sued the U.S. Fish and Wildlife Service and Bureau of Land Management in September, urging the agencies to list the plant as “endangered” or “threatened” under the Endangered Species Act after discovering the damage to the plants.

“Theim’s Buckwheat is in dire emergency peril and warrants immediate emergency protections,” Donnelly said. “Looking at the legal issue at hand, it doesn’t matter who did it. Fish and Wildlife Service is obligated to immediately protect the species under the Endangered Species Act. Our lawsuit alleges they’re breaking the law by not doing so.”

“Nothing has been done, 50 percent of these plants were whipped off the face of the earth and literally nothing has been done. If they are so convinced it was rodents, put out some rodent traps. But they haven’t, they’ve done nothing.” 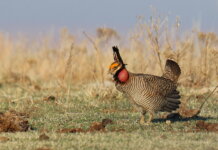 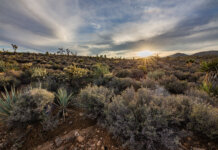 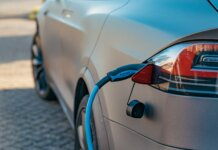