Higher education is often touted as one of the surest paths to a better, more secure life in the middle class. But how many colleges and universities are backing up that promised investment with real-life results?

The University of Nevada Las Vegas is, apparently.

UNLV last month placed in the top 10 percent in CollegeNet’s 2020 Social Mobility Index, which analyzes four-year colleges and universities according to how effectively they enroll students from under-resourced backgrounds and graduate them into well-paying jobs. Criteria analyzed include tuition cost, economic backgrounds of students, graduation rate and early career salaries.

UNLV ranked 131 out of 1,449 schools across the country. The university rose 50 positions from its 2019 ranking — something CollegeNet highlighted as notable.

The rise is intentional, say officials at UNLV, a result of a concentrated effort over the past decade to draw in a diverse student body and support them from initial enrollment through graduation.

“One of the unfortunate statistics in the country is that students’ parents’ socioeconomic and college degree attainment is the best predictor (of their success),” said UNLV Provost Chris Heavey. “That’s not a good thing. We should not be proud of that.”

UNLV President Keith Whitfield, who began his tenure in August, is expected to announce updated 10-year goals. Heavey wouldn’t elaborate on what those new goals will be, but he described them as “more audacious” and focused on increasing student access.

UNLV is federally designated as a minority-serving institution: 65 percent of students identify as a racial or ethnic minority. It is routinely named one of the most diverse schools in the country.

In a statement announcing the Social Mobility Index ranking, Whitfield said: “Earning a degree is a life-changing event for all who achieve it, but particularly for the nearly one-third of our students who are the first in their family to attend college. As an urban research university with one of the most diverse undergraduate populations, our greatest purpose is to help our students get to the finish line and reach their limitless potential. We work hard every day to make that happen.”

Overall, Nevada was ranked seventh in the country when it comes to social mobility.

And it seems people are still buying into that promise.

Meanwhile, first-year retention — that is, the number of freshmen who return — is currently at an all-time high of 79.8 percent.

The stark economic outlook in Nevada could be one factor. College enrollment surged during the Great Recession. Still, Heavey says he believes the current numbers are also a testament to people’s faith and optimism in UNLV, particularly among locals, who make up 85 percent of the student body.

“A lot of elite universities don’t have an access mission,” he said. “One of the things we talk about is, we’re in a position to make a difference because we don’t just take students who we know would be successful in any circumstance.”

That’s a message the university officials believe registers with prospective students now more than ever.

Evening the playing field for college students involves more than just increasing financial aid opportunities for those who need it, say UNLV officials. It also involves providing resources to assist in what is sometimes called “the hidden curriculum” — the things outside of the classroom that you need to know in order to navigate the higher education system and move onto future success. Things like applying for financial aid, knowing which classes to enroll in each semester, or choosing a major.

Laurel Pritchard, vice provost for undergraduate education, says the university has invested in additional resources for first-year students, starting with increasing the number of academic advisors. Students often consider academic advisors their go-to person for any problem they are facing.

Three years ago UNLV also added dedicated student outreach specialists who reach out to students who’ve been flagged as having at least three characteristics typically associated with dropping out of college. Characteristics include things like Pell grant eligibility, being a first-generation college student, or graduating from a low-performing high school in Nevada. The outreach specialists, who are typically graduate students, reach out during critical times of the academic year — to remind students that registration for the next semester has begun, to make sure they have met with an academic advisor, or to simply ask: How are you doing? Are you facing any challenges?

“That has been really impactful and really successful,” says Pritchard. “A lot of the increases we’ve seen in retention rate seems to be driven by that group of students.”

The company behind the Social Mobility Index agrees: “It is irresponsible to say an education institution is ‘better’ because it has a huge endowment, or because it admits students with higher SAT scores — which are most tightly correlated to family income,” said CollegeNET President Jim Wolfston in a statement. “It is irresponsible to say an institution is ‘better’ because it drives up admissions application counts, turns away more students and then boasts about ‘selectivity.’ In today’s world, where the American Dream is threatened, real prestige must accord to universities that educate and advance all motivated students, regardless of their economic background.” 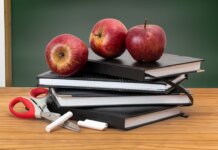 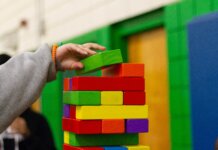