Simon Lopez was attending networking events and bringing in new clients to his production company A&G Studio this time last year. Now, like countless business owners, he’s struggling in an economy upended by the coronavirus pandemic.

“I’ve started cold-calling again and sending emails and newsletters. We’ve had to pivot the way we do business,” Lopez said.

Businesses are getting another round of financial help with the latest spending bill passed by Congress which included $284 billion for the Paycheck Protection Program (PPP), a forgivable loan meant to help small businesses keep their workers on the payroll.

And this time, minority and underrepresented businesses will have a better shot at accessing the money, according to new guidance from the Small Business Administration.

On Wednesday, the SBA announced it would take a number of steps to ensure more access to the PPP for minority, underserved, veteran, and women-owned businesses. Most notably, the SBA said that when the PPP loan portal reopens it will only accept PPP loan applications from community financial institutions that serve disadvantaged populations for at least the first two days.

During the last stimulus the program was criticized for failing to provide loans for minority-owned businesses.

Latino owned businesses faced more barriers in getting PPP loans, according to a survey of 7,000 Latino and white business owners by the Stanford Latino Entrepreneurship Initiative.

Researchers found that Latinos had their PPP loans approved at half the rate of white-owned businesses. An even smaller proportion of Latino-owned businesses received full funding relative to white owned-businesses, 3 percent compared to 7 percent.

Lopez was able to stay afloat and eventually secured a $13,000 loan in May, months after funding for the program was replenished.

“That carried us out to the end of the year. We were able to pay rent, make payroll and didn’t have to fire anybody,” Lopez said.

Still, Lopez has had to shut down his brick and mortar location and scale down business goals. He will be applying for an additional PPP loan, as soon as applications open up.

PPP loans saved some local Latino-owned businesses and allowed them to keep employees, said Carlos Gomez, vice president of Business Development for the Latin Chamber of Commerce, but not all businesses have not been so lucky.

“Many businesses closed down. It was really hard,” Gomez said.

One business owner assisted by the chamber runs a tire shop that had to close one of four locations after the pandemic hit and reduced up to 25 percent of staff in the remaining shops. However, the PPP loan the business received prevented more employees from being let go.

For other businesses, whether they made the cut or not came down to how and where the owners banked, Gomez said.

Major banks only considered applications from existing customers. In some cases banks rejected an application because applicants had no other loans with the bank, Gomez said.

“Many business owners refinanced their homes and took out equity just to survive,” he said.

In one case, an owner refinanced their home to keep the restaurant running. They eventually had to let go of nearly all employees, keeping the business open by asking family members to work as staff.

“They say they don’t know how much longer they can survive,” Gomez said.

Prestamos, a community financial institution, worked with the Latin Chamber of Commerce to serve Latino business owners rejected by large banks and lenders.

Small business owners, including those in the Latino community, often choose to open businesses using nontraditional sources and lack prior loans with banks, said Noe Gonzalez, a senior business advisor at Prestamos.

“Most small business owners start with very little capital and usually that capital is from friends, family and savings,” said Gonzalez, adding that the Latino community often has weaker relationships with banks.

Prestamos will start accepting PPP loan applications for first-time loans Jan. 11 in order to distribute funds to as many eligible businesses as possible while community financial institutions have priority.

During the last round of funding, Prestamos was able to provide PPP funding for 450 small businesses, preserving more than 1,970 jobs and are hoping to provide more this time around, Gonzalez said.

“Right now the situation we see is that people get desperate and they go with predatory lending and that is something we don’t want,” Gonzalez said.

Congress’ delay in replenishing the loan program earlier this year led to Latino-owned businesses shutting down and placed others in lasting financial peril. The chamber has kept track of more than 300 businesses it has assisted, tracking their progress and financial stability. Gomez estimated that the negative impact on business operations is only growing.

“That was at the beginning but later on they (banks) were more amicable,” Gomez said. “But during those first three months many businesses were rejected. It was like hitting a wall. Even though it (the money) was there, it was not for you.”

Business owners who have not received the assistance they need are choosing to keep their business and source of income going rather than paying the mortgage, but when the mortgage moratorium ends they will still need to pay back all the months they missed.

“They have so much credit card debt and loans that when this ends it will take years to pay back and be as stable as they were in 2019,” Gomez said.

“I hope this new round they have learned how to avoid giving money to big companies and hopefully give that money to local family-owned businesses because they really need it,” Gomez said.

The new PPP loans also come with additional requirements. To qualify for a second loan, a small business must certify that they have had a loss of revenue of 25 percent or greater. This criterion is drastically different from the original qualification rules for PPP, which simply required the small business to state that economic uncertainty made the PPP loan necessary.

However, even that criteria is a barrier for struggling business owners like Lopez, whose A&G Studio lands right on the cusp.

“You’re almost punishing people for holding their business together,” Lopez said. “I look at it like water going down the drain. The closer you get to the bottom the faster it gets. If the business doesn’t make that 25 percent cut off but is in the middle of that whirlpool it might need the PPP to stabilize the business. It might not be dire yet but it’s definitely going in that direction.”

Lopez said if he doesn’t get additional PPP loans, “best case scenario, we hang on tight, I don’t have to fire anybody, and revenue stays flat. If we get to a point where I have to let people go, that’s the worst case scenario.” 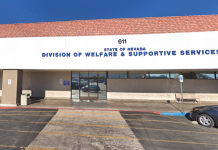 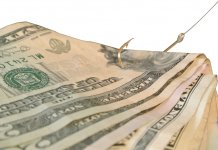 Nevada may finally confront mislabeling of employees as contractors