The lone explorer on the trail, an inventor in her garage creating something cool, a rock star on the stage alone under a spotlight.

Across time, these archetypal American heroes each eschews the crowd and its stifling conventions and sets out to chart her own path.

It’s been a useful American mythos, driving us to see ourselves as individuals who can do great things, especially if we break out of the prison of conformity.

Like all myths, however, it’s not entirely accurate. Most of the achievements our civilization will be known for — going to the moon, defeating the fascists in World War II, curing diseases — were collective enterprises, often funded and directed by the United States government.

As the psychologist Michael Tomasello says, “It is inconceivable that you would ever see two chimpanzees carrying a log together.”

In other words: Humanity relies on collaboration; even the lone scientist or inventor who made a great discovery was standing on the shoulders of other scientists.

Myths can still be useful. Just ask anyone who tells their child a tale about the bird who grew jealous of Lolla Lee Lou. Or those of us who find meaning in, say, the Book of Job.

The pandemic and the political polarization it both causes and reflects, however, compels us to examine whether the mythology of American individualism has outlasted its usefulness.

The deal is that you do what you want as long as it doesn’t encroach upon someone else.

As someone said once on the floor of the Nevada Assembly: “It’s almost my God-given right as a Nevadan to act like an idiot if I want to.”

However crudely, this echoes a frequent refrain during the pandemic: People can be trusted to assess the risk of their activities and take personal responsibility for those risks, thereby ensuring the preservation of personal freedom.

The failure of this framework, however, is clear. Let’s say I’m a healthy young person willing to take the risk of going to a bar with my friends, also young and healthy and at low risk. But in this indoor venue where the virus spreads easily, I can easily contract COVID-19. And there’s a strong chance I will spread it — perhaps asymptomatically, without even knowing it — to someone else. And even if that person is low-risk for serious illness or death, they’ll also likely spread it to someone else. And eventually it reaches someone who is high-risk, and they get sick, and maybe they die.

Worse yet: Many of these people at the end of that tragic chain of events had limited ability to choose to curtail their risk. Maybe they work in a meat-processing plant. Or a long-term care facility. Or they’re a bartender in Wisconsin. Or they live among three generations of people in the same house.

Because this is America, there’s a racial component: Three years shaved off the life expectancy of Latino Americans, 1 in 555 Black Americans and 1 in 390 Indigenous Americans dead.

“There’s something wrong with my unimpeded ability to take actions that put some other people at risk of severe harm. It’s why I can’t drive drunk,” Tucker Marks, a philosophy instructor at the University of Minnesota, told me last week.

Except the drunk driver can only hurt people on that area of the road at that very moment. A communicable disease knows no such bounds.

What the pandemic brought into stark relief is that — like it or not, for better or worse — we’re all connected, not truly independent but interdependent.

Which is why the other side of the same coin of freedom is obligation.

Freedom without obligation to others is the freedom claimed by my 4-year-old: “You’re not the boss of me.”

You want pure and total freedom of this kind? Consider the lawless, apocalyptic worlds of Hollywood imagination, like “Mad Max.” How free are the people in these worlds?

And how free were the elderly this past year, unable to experience anything without the fear of disease and death, locked in home confinement because the virus was allowed to flourish, because a broad swath of the country were claiming “tyranny” because they couldn’t go to Cheesecake Factory.

For perfectly good reasons, public health officials sought to warn Americans to protect themselves from disease and death.

For the young and healthy, however, the risks were relatively low. And once it became clear the pandemic was targeting vulnerable populations like the elderly, people with chronic diseases like hypertension, it was suddenly not my problem.

This is how you wind up with more than half a million people dead despite the most advanced — or the most expensive, anyway — health care system in the world.

Perhaps the public health messaging should have been more focused on the real reason to be cautious: Not to protect myself, but to shield that unknown person at the end of the tragic chain of infection I described earlier.

It seems unlikely many people would have listened, however.

“It’s hard for many Americans to think that way because we tend to be individualistic. I do my thing and I take the consequences for it,” said Bill Doherty, a University of Minnesota family therapist and author of the soon to be published, “The Ethical Lives of Clients: Transcending Self Interest in Psychotherapy.”

Where does this individualism — to the point of atomization — come from?

Doherty pointed out that European immigrants left their families and communities to come here, which means they were probably more individualistic than their peers.

They spread out across an entire continent, far from a relatively weak federal government.

They were captivated by the words of Henry David Thoreau and Ralph Waldo Emerson, who wrote in “Self Reliance”: “I am ashamed to think how easily we capitulate to badges and names, to large societies and dead institutions.”

Perhaps it goes without saying but must be said, that the emerging American individualism didn’t apply to everyone. The transcendentalists were abolitionists, but America history of the time featured slavery and then Jim Crow and genocide of Indigenous people, all attempts to obliterate the dignity of the individual. As Jelani Cobb noted recently, Barry Goldwater delivered his movement-defining aphorism to the 1964 Republican National Convention — “Extremism in the defense of liberty is no vice,” — shortly after the delegates had defeated a platform plank on civil rights. Southern racists frequently used the language of “freedom” while attempting to crush it in non-whites.

As Doherty noted, it was a loss for the country. Black and Indigenous people have more communal traditions that don’t cleave the individual from the community in the same way as the European-American tradition.

Back to the pandemic: By the time of the 1918 Spanish flu, Americans’ fierce resistance to authority was already on full display, as recorded last year in The New York Times:  “In 1918 and 1919, as bars, saloons, restaurants, theaters and schools were closed, masks became a scapegoat, a symbol of government overreach, inspiring protests, petitions and defiant bare-face gatherings. All the while, thousands of Americans were dying in a deadly pandemic.”

After the Second World War — perhaps the greatest collective endeavor in all of human history — American individualism emerged as a counterweight to Soviet tyranny.

Bestselling schlock novelist Ayn Rand’s philosophy of individualism was so extreme she wrote a book called, “The Virtue of Selfishness.” (Music to my self-obsessed 16-year-old ears.)

But it wasn’t just a right-wing phenomenon. Doherty pointed out what he called “lifestyle liberalism” on the left that rejected societal norms. Think of hippies looped on acid at Woodstock.

By the 1970s, these twin currents of individualism were met with a loss of social trust.

Vietnam and Watergate sank trust in government, and for good reason. Top officials showed a propensity for lying.

People on the right, meanwhile, had come to believe that the universities, the press, the mainstream foundations and think tanks were all arrayed against them. (And let’s face it, they weren’t exactly wrong.)

So conservatives — with the help of corporate and inherited money — set up a parallel information infrastructure that cast doubt on all manner of facts.

And 40 years later a substantial portion of the country doesn’t believe President Joe Biden won the election that he clearly won.

Marks, the philosophy professor, also cites income inequality as another cause of and reflection of  malignant individualism. For the wealthy, their money allows them to live in a world of pure freedom and little in the way of obligation. And everyone else is focused on their own survival, convinced that thinking about other people is a distraction from doing what they need to do in an environment of scarcity.

Here’s where it gets really interesting: This radical individualism leads to tribalism, clan behavior and resultant political polarization.

Which is to say, all that focus on nonconformity leads us down the path of conformity.

Doherty says that once unmoored from relationships with extended kin, church, civic groups, people fall prey to finding a clan from whom they can seek protection from a scary, rapidly changing world.

“That feeling of being alone — if we don’t have a sense of a larger ‘we,’ we are easy picking for tribalism, because the world is threatening and we’ll try to find people like us that will make us feel safe.”

And, in the case of the pandemic: The most political response to a public health crisis in anyone’s memory, in which whether you wear a mask or not is a marker of red vs. blue clan identity.

Many of our greatest heroes were indeed nearly crushed by the capricious conventions of the crowd, but they trusted their own genius. Thomas Edison was called “addled” by a school administrator before his mother removed him from school, and he wound up with almost no formal education.

Which is to say that as much as post-war individualism is failing us, we don’t want an America in which we’re forced to conform to the community’s will.

Would the world have been better off if Janis Joplin had never been allowed to leave Port Arthur, Texas?

Doherty’s solution is to merge the best of both.

He would redefine the self not as an island among islands, but instead as having both personal agency and communion with others — and the obligations that implies.

It’s worth a try. Otherwise, the future looks grim. Plato saw it coming.

If we do not change paths and begin to take our responsibilities to citizenship and humanity more seriously, actual tyranny awaits.

Of the nation — and the soul.

Interstate water wars are heating up along with the climate 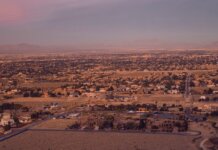 The pandemic has shown the flaws of American individualism