Latino COVID-19 vaccination rates in Southern Nevada are still lagging those for white residents months into the rollout, and now community organizations are pushing for improved flow of information and outreach in Spanish.

The data, tracked by the Southern Nevada Health Department, gives a look at the race and ethnicity of vaccinated people in Clark County.

Overall, the disparity in the percentage of Latinos in Nevada who are vaccinated is still troubling: Only about 24 percent of Latinos have completed vaccinations, though they make up about 32 percent of the population in Clark County, according to the data.

Latino vaccination rates still trail those of whites who account for 29 percent of completed vaccinations.

Since the start of the pandemic, the state’s Latino population has been disproportionately hit. At first, the virus was spreading throughout the community more than in others.

Now community organizations are hoping to improve access to the COVID-19 vaccine by bringing the shots directly to underserved communities.

Saturday, Make the Road Nevada transformed its offices into a pop-up vaccine clinic with vaccines provided by Walmart in partnership with Immunize Nevada. Health workers administered around 90 doses to patients who attended the event.

“We have at least two to three of these types of clinics a week,” said Mayra Gonzalez, a community health worker with Immunize Nevada, adding that Immunize Nevada has held over 100 pop-up clinics since February. “We’re really trying to go and meet the people where they’re at.”

The office of Make the Road is located in the 89110 zip code, a majority Latino portion of Southern Nevada that has reported some of the highest rates of COVID-19 cases in Clark County, according to state data.

“There are a lot of organizations that are focusing on 89110 to make sure they get vaccinated. We have several clinics going on in that area,” Gonzalez said.

Gonzalez said using facilities with established community connections is key to fighting vaccine hesitancy and promoting access to the shot.

Due to a need for quick vaccine rollout, vaccination sites were largely dependent on the health care infrastructure already in place, like pharmacies, clinics and hospitals, and vaccination centers often distant from neighborhoods, leaving some communities with less health care structure behind.

A dearth of transportation options, an inability to take off from work, and concerns about documentation and privacy have led to lower rates of vaccination among Latinos, said Gonzalez.

But the upcoming restriction lift in Nevada may be pushing more Latinos to get vaccinated, said Gonzalez.

That was the case for Areli Sanchez, 54, who was vaccinated at the Make the Road Nevada pop-up. At first, Sanchez distrusted the vaccine, but as her daughter returned to school and her two sons returned to work at the Las Vegas Strip, she decided she needed to put her doubts aside and get vaccinated.

“I came to take it because my daughter is returning to classes,” Sanchez said in her native Spanish. “I thought ‘no I have to protect my daughter and protect myself.”

“When I heard everything was going to open back up I felt a little fear. That’s another reason I’m getting vaccinated. Especially here since we get a lot of people visiting from other states.”

Gonzalez said in her clinic work in majority Latino neighborhoods, she found Latinos were more comfortable getting vaccinated after it was announced children 12 and older were eligible in the state.

“When parents realize my kid can get vaccinated and they can all go together as a family, that really drew a lot of people in,” Gonzalez said. “We’ve had so many parents come in with their kids to get vaccinated.”

“They don’t always know if we’ll have translators available, and like other immigrant communities, the kids always help translate.”

In Clark County, the Nevada Vaccine Equity Collaborative task force has teamed up with many local groups — Make the Road Nevada, The LGBTQ Center, Mi Familia Vota, The Nevada Hispanic Legislative Caucus, federally qualified health centers, churches, even grocery stores— on education and outreach efforts, including a series of pop-up vaccination clinics close to the neighborhoods where minorities live.

Pop-up vaccination clinics have been held since February in places where underserved groups are likely to have easy access and to feel comfortable, including the Mexican Consulate, El Marketon groceries, and an upcoming event at the newly constructed Area 15.

“It makes our work so much more important. We need to reach these communities to make sure they are protected, especially since all these restrictions are being lifted in June,” Gonzalez said, noting the lifting of restrictions Tuesday. It’s more important now than ever.”

Connecting with every community cannot be an afterthought, said Blanca Macias, director of operations for Make the Road Nevada. Community buy-in, effective social media use and Spanish language media programming from the start have been essential, she said.

In Nevada, with its large population of immigrants, the problem of location and convenience is compounded with a lack of trust.

“When I went to go get my vaccine I realized they were asking for identification and insurance and I quickly realized that was a deterrent” to vaccination, Macias said.

Lawmakers in Nevada are stepping up to promote and increase access to the vaccine in Latino communities.

“We want to reach out to those vaccine-hesitant communities and the way to do that is not by making them come to us but by us going to them,” said Rep. Dina Titus, who attended the vaccine event with Make the Road Nevada.

“It’s a problem of not trusting the government,” Titus said.

“We’re telling people ‘I got the shot, we want you to get it’. That’s how we return to normal, and the more I’m out there that reinforces that I’m not just speaking for Washington but for the community.”

Starting June 2, the Nevada Hispanic Legislative Caucus is partnering with Mi Familia Vota, and other groups to provide the Las Vegas community an opportunity to get vaccinated in zip code 89108, an area with some of the highest rates of COVID-19 and lowest rate of vaccines throughout the pandemic.

The first event will take place in the evening, June 2-4 at La Bonita Supermarket The Pfizer vaccine will be provided for children 12 and older and the Johnson & Johnson single-dose shot for those over 18. Covid-19 vaccines are available from 4 pm to 8 pm without an appointment.

“This is a great opportunity to build on the partnerships we had for our COVID-19 Patient Support Center and a Grocery Delivery Initiative, now we are focused on providing opportunities for vaccination and educating our community of misconceptions with the vaccine,” said caucus Chair Assemblywoman Selena Torres. “Having the vaccine available in the evening will allow community members the ability to protect themselves given work schedules.” 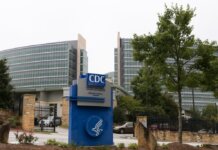 Masks off: The nuance behind the CDC’s controversial decision 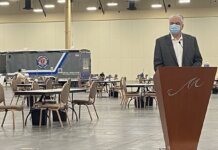