Nevada Current is a nonprofit online source of political and policy news and commentary. We seek to:

The Current is part of States Newsroom, a national 501(c)(3) nonprofit supported by grants and a coalition of donors and readers. The Current retains editorial independence.

To learn more about the Current’s mission, please see “A note from the editor” published when the Current was launched in June 2018.

Need to get in touch?

Have a news tip? 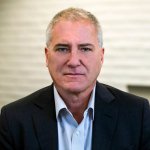 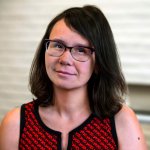 April Corbin Girnus is an award-winning journalist with a decade of media experience. She has been a beat writer at Las Vegas Sun, a staff writer at LEO Weekly, web editor of Las Vegas Weekly and a blogger documenting North American bike share systems’ efforts to increase ridership in underserved communities. An occasional adjunct journalism professor, April steadfastly rejects the notion that journalism is a worthless major. Amid the Great Recession, she earned a B.A. in journalism from the University of Nevada Las Vegas, where she served as editor-in-chief of the student newspaper. She later earned an M.A. in media studies and a graduate certificate in media management from The New School for Public Engagement. April currently serves on the board of the Society of Professional Journalists Las Vegas pro chapter. A stickler about municipal boundary lines, April enjoys teaching people about unincorporated Clark County. She grew up in Sunrise Manor and currently resides in Paradise with her husband, two children and three mutts. 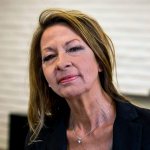 Dana Gentry is a native Las Vegan and award-winning investigative journalist. She is a graduate of Bishop Gorman High School and holds a Bachelor's degree in Communications from the University of Nevada, Las Vegas. Gentry began her career in broadcasting as an intern at Channel 8, KLAS-TV. She later became a reporter at Channel 8, working with Las Vegas TV news legends Bob Stoldal and the late Ned Day. Gentry left her reporting job in 1985 to focus on motherhood. She returned to TV news in 2001 to launch "Face to Face with Jon Ralston" and the weekly business programs In Business Las Vegas and Vegas Inc, which she co-anchored with Jeff Gillan. Dana is the mother of four adult children, three cats, three dogs and a cockatoo. 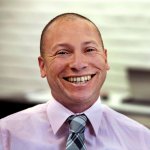 Michael Lyle (MJ to some) has been a journalist in Las Vegas for eight years. He started his career at View Neighborhood News, the community edition of the Las Vegas Review-Journal. During his seven years with the R-J, he won several first place awards from the Nevada Press Association and was named its 2011 Journalist of Merit. He left the paper in 2017 and spent a year as a freelance journalist accumulating bylines anywhere from The Washington Post to Desert Companion. While he covers a range of topics from homelessness to the criminal justice system, he gravitates toward stories about race relations and LGBTQ issues. Born and mostly raised in Las Vegas, Lyle graduated from UNLV with a degree in Journalism and Media Studies. He is currently working on his master's in Communications through an online program at Syracuse University. In his spare time, Lyle cooks through Ina Garten recipes in hopes of one day becoming the successor to the Barefoot Contessa throne. When he isn’t cooking (or eating), he also enjoys reading, running and re-watching episodes of “Parks and Recreation.” He is also in the process of learning kickboxing. 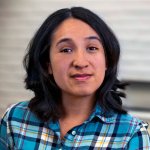 Jeniffer was born and raised in Las Vegas, Nevada where she attended the University of Nevada, Las Vegas before graduating in 2017 with a B.A in Journalism and Media Studies. While at UNLV she was a senior staff writer for the student newspaper, the UNLV Scarlet and Gray Free Press, and a news reporter for KUNV 91.5 FM, covering everything from the Route 91 shooting to UNLV housing. She has also contributed to the UNLV News Center and worked as a production engineer for several KUNV broadcasts before joining the Nevada Current. She’s an Aries.