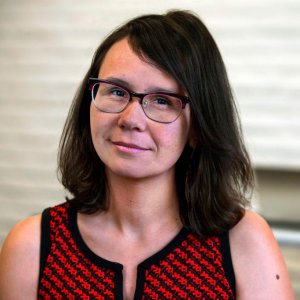 Democratic Assemblyman Edgar Flores made it clear from the very beginning of the hearing: He is not attempting to get local law enforcement agencies out of the immigration enforcement game entirely. His bill, AB281, which was heard by the Assembly Judiciary Committee on Friday, seeks only to ensure that police officers in the field do […]

Over a 26-month period, Immigration and Customs Enforcement picked up more than 1,000 people from under the custody of the City of Las Vegas Department of Public Safety, according to a workers rights organization. Arriba Las Vegas Workers Center says that since 2017, the Department of Public Safety, which manages the city jail, has “consistently […]

Charter schools often market themselves as autonomous institutions where progress and best practices aren’t hindered by bureaucracy, and where parents can play an active role in education and affect change. But one parent believes the majority of charter schools are failing to follow state open meeting laws and possibly leaving parents like him out of […]

Bill calls for moratorium on new charter schools until 2021

The rapid growth of the charter school industry could come to a screeching halt in Nevada, thanks to a bill introduced Monday. The proposed bill, AB462, would prohibit the approval or opening of new charter schools until Jan. 1, 2021. The bill is sponsored by the Assembly Committee on Education. State law currently allows public […]

Gov. Steve Sisolak has appointed a former CCSD administrator to the state’s top education position. Announced in a press release today, Jhone Ebert will begin as superintendent of public instruction for the Nevada Department of Education on April 2. She replaces Steve Canavero, who resigned Feb. 6. Ebert is currently the senior deputy commissioner for […]

When Gov. Steve Sisolak promised educators a 3 percent raise during his state-of-the-state speech, some teachers couldn’t help but wonder: Would that money ever reach their paychecks? Or would the money be diverted elsewhere? It’s happened before. Teachers within Clark County School District are supposed to be able to look toward the salary schedule negotiated by their collective bargaining […]

Standing atop a folding chair inside a packed living room, Beto O’Rourke painted himself as a bridge-builder who is running for president not just for Democrats but for democracy itself. The former congressman, who rose to national prominence last year by almost defeating Republican Sen. Ted Cruz in Texas, visited a packed Summerlin home Saturday […]

Four days after its official launch, Kirsten Gillibrand brought her presidential campaign to Las Vegas for a policy discussion with local legal professionals who are on the frontline of the national debate on immigration. The New York senator toured the UNLV Immigration Clinic and held a roundtable discussion with its director and law students. The […]

Nevada’s initiative for converting public schools into charter schools may be coming to an end. State Sen. Marilyn Dondero Loop on Monday introduced SB 321, a bill to abolish the Achievement School District, which allows low-performing public district schools to be converted into charter schools overseen directly by the Department of Education. The Achievement School […]

Sen. David Parks on Friday introduced a bill aimed at increasing government transparency by strengthening the Nevada Public Records Act. First Amendment lawyers and advocates already praise Nevada for having strong open records laws in spirit, but have criticized the lack of punishment for government entities that fail to follow the law. The proposed bill, […]

What Nevada’s education system needs the most, it won’t be getting this legislative cycle. What advocates have long wanted most is to see significant increases in funding. But despite bold, blue promises made by the eventual victors of the most recent election cycle, education advocates today have tapered expectations on what the 2019 Legislature will […]

The candidate pools for two key education positions in Nevada have been narrowed to six each. A Nevada Department of Education subcommittee on Tuesday finalized the six candidates for the state’s top education job. The State Board of Education will interview the group on March 12 and whittle them down to three candidates, one of […]