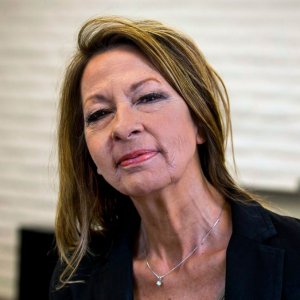 Nevada is second only to Illinois in the number of mortgage defaults filed last month. In Illinois, one of every 1,959 housing units is in a stage of the foreclosure process, and in Nevada one in every 2,473 units in default, according to ATTOM, a real estate data and marketing research firm.    The Las […]

Longtime Las Vegas Justice of the Peace Joe M. Bonaventure is seeking a fourth term in Justice Court Dept. 9. He captured 49.3% of the vote in the June three-way primary election. Danielle Piper Chio, a Clark County prosecutor, came in second with 31.1%. Bonaventure, who raised $37,530 through June and spent $25,905, is losing […]

Of the five statewide appellate court races on the ballot in Nevada, only one remains to be decided – Dept. 1  on the Court of Appeals, where longtime Clark County chief deputy public defender Deborah Westbrook faces Clark County Family Court Judge Rhonda Forsberg for a seat being vacated by Judge Jerome Tao.  Clark County […]

Judge Michael Villani’s resignation in July created an opening in Clark County Department 17, which will be filled in a three-way special election race among attorney Adam Ganz, prosecutor Lindsey Moors and public defender Jennifer Schwartz. The winning candidate must receive only a plurality, not a majority.   Ganz, a civil litigator for 25 years who […]

Nevada is violating federal law by unnecessarily institutionalizing children with behavioral health disabilities, according to a report issued Tuesday on an investigation of the state by the U.S. Department of Justice.  The state is responding with a $43 million investment in community-based programs, but the one-shot funding from the American Rescue Plan leaves the provision […]

A week after issuing an urgent plea to the public to foster animals, the Animal Foundation announced it is suspending adoptions, fosters and transfers to rescues “out of an abundance of caution” because of dogs that “may have been exposed to a respiratory illness.”  In a statement posted to Facebook Tuesday afternoon, TAF said it […]

Dolphins born at Mirage survive a fraction of expected lifespan

Of the fifteen dolphins born at the Mirage on the Las Vegas Strip since 1991, 11 are dead, having lived an average of just under eight years, well below the 30-year life expectancy of bottlenose dolphins. The dolphin exhibit closed this week after the third death in less than six months. Maverick, 19, and K2, […]

One day after its admissions staff quit, Animal Foundation Las Vegas CEO Hilarie Grey held a news conference issuing an urgent plea for foster homes to alleviate crowding. Those interested should visit the shelter in person from 11 a.m. to 7 p.m. daily.  In an email Sunday to TAF, eight employees cited lack of staff, […]

Abortion has Republicans navigating political landmines in search of cover

Nevada’s top Republican candidates, some endorsed by national anti-abortion rights forces, are eschewing a chance to potentially slash the 24-week limit on terminating pregnancies in Nevada by nine weeks, a position that could confound pro-abortion rights voters energized by the repeal of Roe v. Wade and the prospect of a Republican-controlled Congress.  “I think it […]