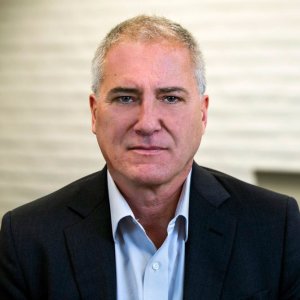 The House Select Committee investigating the January 6 attack on the U.S. Capitol issued subpoenas Friday to 14 fake electors from seven states, including Nevada State Republican Party Michael McDonald and state party vice chairman James DeGraffenreid. The committee is seeking information “about your role and participation in the purported slate of electors casting votes […]

The indispensable role played by fake electors in a real insurrection

“7 states have transmitted dual slates of electors to the President of the Senate,” reads the first sentence of a “January 6 scenario” memo prepared last year by lawyer John Eastman for then-President Donald Trump’s legal team. Under the scenario, which was reportedly presented to then-Vice President Mike Pence two days before the mob invaded […]

Don’t do it Dems. Don’t give up on cash benefits for working families.

If the District of Columbia had two U.S. senators, they would assuredly be Democrats, nobody would care what Joe Manchin thinks, and 350,000 or so Nevada families would still be receiving direct monthly payments under the expanded child tax credit program because the Build Back Better bill would be law. But no. So now what? […]

The Clark County School District Tuesday announced that there will be no school on Friday, Jan. 14 and Tuesday, Jan. 18 “due to the extreme staffing shortages based on the high number of positive COVID-19 cases.” The cancelled school days combined with the Martin Luther King Day holiday Monday creates a five-day “pause” which “will […]

The employment report for November recently released by state officials reiterates the long-standing observation of politicians, analysts, and working Nevadans: The state was among the hardest hit by the pandemic, and its recovery, as anticipated, is a long hard slog. Nevada has had the nation’s highest, or nearly highest, unemployment rate throughout the pandemic. That […]

Sometimes members of Congress or other public persons might accidentally “drop the F bomb,” as the kids used to say, in public. That’s not what Dina Titus, the Democrat who represents Nevada’s first congressional district, did at an AFL-CIO meeting Wednesday. She didn’t inadvertently drop the word. Titus deliberately deployed it. The congresswoman’s colorful language […]

Las Vegas airport rids itself of a crummy name

“I believe that this nation is the last hope of Western civilization and if this oasis of the world shall be overrun, perverted, contaminated or destroyed, then the last flickering light of humanity will be extinguished….we have in the United States today hard-core, indigestible blocs which have not become integrated into the American way of […]

“Sky-high inflation,” said Adam Laxalt, while rattling off “failures of Joe Biden’s agenda” in a statement to CNN. Citing “historically bad inflation” while hammering the Democrats’ Build Back Better agenda, the National Republican Senatorial Committee says “vulnerable Democrats like … Catherine Cortez Masto have already made clear where they stand: they’re 100% on board with […]

“In less than a year, Joe Biden has crippled our domestic energy production,” Adam Laxalt tweeted last week. “We’re feeling the effects of Democrat (sic) leadership right now every time we go to the gas pump,” reads a recent fundraising missive from the Nevada Republican Party. “Democrats’ reckless spending has made everything cost more,” including […]

The right spits up a new American idol

Weapons worship is woven into our society. And the comfort with which a significant portion of the population denies structural racism is matched only by the bitterness with which they try to cling to it. Little wonder that white gun culture occupies a hallowed presence in the judicial system (reinforced of course by a perverse […]

There were nearly 100,000 more jobs in Nevada last month than there were the previous October, but the workforce is still about 80,000 jobs shy of pre-pandemic levels, with jobs failing to return in the leisure and hospitality sector accounting for the shortfall, according to data announced by the Department of Employment, Training and Rehabilitation […]