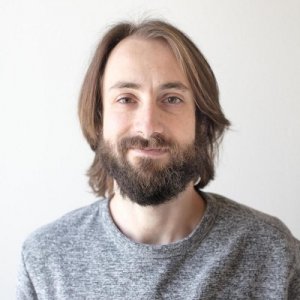 Jacob covers federal policy as a senior reporter for States Newsroom. Based in Oregon, he focuses on Western issues. His coverage areas include climate, energy development, public lands and infrastructure.

WASHINGTON—The U.S. Senate last week passed a massive bipartisan infrastructure bill and an even larger budget blueprint that would pave the way for historic changes in U.S. health, education, climate and tax policies. The two measures are roped to each other, reflecting Democrats’ strategy to pass what could be bipartisan with Republicans—and to go it […]

The U.S. Senate passed 69-30 on Tuesday a sweeping bipartisan $1.2 trillion infrastructure package, a milestone for one of President Joe Biden’s priorities after months of negotiation. Biden proposed an infrastructure plan in March that would have topped $2 trillion. A bipartisan group of senators led by Rob Portman, (R-Ohio), and Kyrsten Sinema, (D-Ariz.), worked […]

The Senate is poised to pass a massive $1.2 trillion infrastructure bill that would upgrade state transportation networks, electric grids, water systems and more. It’s a major spending boost and potential job-creator that yet falls short of the administration’s goals to address climate change and reduce its effects in the states. The White House worked […]

The U.S. Senate Energy & Natural Resources Committee deadlocked 10-10 along party lines Thursday on approving Tracy Stone-Manning’s nomination as head of the Bureau of Land Management. That means an extra procedural vote will be forced before the full U.S. Senate takes up the nomination of Stone-Manning, aNational Wildlife Federation senior adviser whose career has […]

U.S. Senate Majority Leader Chuck Schumer pledged on Tuesday to include a Civilian Climate Corps in a $3.5 trillion infrastructure bill later this year, as a broad swath of Democrats rallied around a framework of employing thousands of young people to do conservation work. Schumer, (D-N.Y.), appeared with a handful of congressional Democrats, led by […]

The U.S. Senate Energy & Natural Resources Committee is expected to vote Thursday on the nomination of Tracy Stone-Manning to lead the Bureau of Land Management, with Chairman Joe Manchin planning to vote to approve her — a major step forward for her confirmation after weeks of aggressive Republican opposition. Manchin, a West Virginia Democrat, […]

U.S. Senate Republican Leader Mitch McConnell on Tuesday joined the ranks of GOP senators opposing the confirmation of Tracy Stone-Manning, the president’s nominee to lead the Bureau of Land Management, possibly signaling the confirmation could soon move beyond the Energy Committee. The strongly critical statement from McConnell, of Kentucky, was not a surprise, but the […]

Republicans in the U.S. Senate are ramping up opposition to President Joe Biden’s pick to lead the Bureau of Land Management after a conservative news site and other news reports detailed her connection to an Idaho tree-spiking scheme three decades ago. Without GOP support, Montana’s Tracy Stone-Manning would need the votes of every Democrat in […]

A federal judge in Louisiana has ordered the Biden administration to restart regular sales of oil and gas leases, forcing the administration to prematurely abandon a central piece of its climate change agenda. In a preliminary ruling issued Tuesday, U.S. District Judge Terry Doughty granted the request of Louisiana Attorney General Jeff Landry and 12 other Republican-led […]

Republicans on the U.S. Senate Energy Committee on Tuesday grilled public lands nominee Tracy Stone-Manning of Montana about her past opposition to an “energy dominance” agenda, as well as her 2020 support for the Democratic challenger to a GOP senator from her home state who sits on the committee. The sometimes rancorous hearing previewed a […]

Environmental groups are lining up behind President Joe Biden’s nominee to lead the Bureau of Land Management prior to her Tuesday confirmation hearing. More than 100 organizations wrote to Senate Majority Leader Chuck Schumer, (D-N.Y.), and Minority Leader Mitch McConnell, (R-Ky.), Monday asking that the Senate confirm Tracy Stone-Manning, a Montanan who led conservation and […]