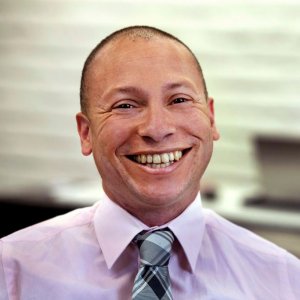 A large amount of inmates leave Nevada Department of Corrections facilities without proper identification, putting them in a vulnerable situation. “We give them a check with the money they made while incarcerated, they can’t cash the check without an ID,” Nevada Department of Corrections director James Dzurenda told the Assembly Judiciary Committee last week. “They go […]

Nevada lawmakers introduced legislation Wednesday to cap interest for payday loans at an annual percentage rate of 36 percent, a rate cap that national advocates contend has all but eliminated exorbitant and abusive lending practices in several other states. Assemblywomen Heidi Swank and Lesley Cohen are the primary sponsors of Assembly Bill 118, the latest […]

When it comes to passing paid sick leave and minimum wage legislation, state Senate Majority Leader Kelvin Atkinson said it will be a “balancing act.” During a video interview with the Latin Chamber of Commerce last month, which was linked in Jon Ralston’s newsletter Wednesday, Atkinson discussed his own experience as a business owner, and […]

All eyes are watching the first majority female Legislature in the country, Assembly Speaker Jason Frierson declared at the start of the 80th legislative session. “We must ensure this milestone is not simply symbolic but is instead a meaningful advancement in welcoming all Nevadans to the table and to advance policies for all Nevadans,” Frierson […]

Hauling a blue wagon behind him, Minister Vance “Stretch” Sanders strolls up to the steps of Las Vegas City Hall, unloads a portable podium and sets it up in front of 10 onlookers. With just an hour before the candidate filing period closes, the people gathered are there to hear the 24-year-old officially launch his […]

U.S. Sen. Catherine Cortez Masto and U.S. Sen. Jacky Rosen sent a joint letter to the Department of Energy asking it to investigate allegations of sexual assault, harassment and retaliation at the Nevada National Security Site. In a New York Times’ story published Jan. 25, Jennifer Glover, a former guard at the site, described a history […]

Two Nevada Department of Corrections inmates in their 70s have died in January. Their deaths come the same month the Crime and Justice Institute recommended the department implement a specialty parole option for long-term, geriatric inmates. The Crime and Justice Institute, which spent nearly six months in 2018 compiling data regarding the state’s rising incarceration […]

The growing rates of unsheltered homelessness around the country continues to show a need for policies that support low-income households at risk of becoming homeless according to the Urban Institute. How Housing Matters, which is a collaboration between the Urban Institute and the MacArthur Foundation, in an analysis of “What Fueled the Increase in Unsheltered […]

A New York Times’ story, in which a security guard at the Nevada National Security Site was fired after accusing her coworkers of sexual assault, has caught the attention of U.S Sen. Catherine Cortez Masto and U.S. Sen. Jacky Rosen. Jennifer Glover told the Times that during a training exercise in November 2017 she “was […]

Yielding to mounting pressure from both sides of the aisle, President Trump agreed to back a short-term funding bill to reopen the government that does not include the requested $5.7 billion to construct a wall along the U.S.-Mexico border. The short-term deal would fund the government through Feb. 15. Trump said he would use that time […]

Rep. Steven Horsford and U.S. Rep. Dina Titus announced more committee assignments Thursday. Horsford was named to the Natural Resources Committee. “I’m excited to serve on a committee at the forefront of federal efforts to protect Nevada’s national parks, natural resources, and tribal communities,” he said in a statement. “I understand the benefits public lands […]