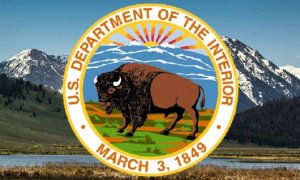 The move underscored how the administration is putting a priority on placing Native Americans in charge of the agenda at Interior. Last month, Interior Secretary Deb Haaland, an enrolled member of the Laguna Pueblo, was confirmed by the Senate as the first Native American person to lead a federal department.

“Bob has extensive legal expertise with regard to Native American Tribes, public lands, and water— all of which will help advance Interior’s mission to steward America’s natural, cultural and historic resources and honor our nation-to-nation relationship with Tribes in accordance with the spirit and letter of the law,” Haaland said in a statement.

Anderson has been Interior’s principal deputy solicitor since Biden took office Jan. 20. The Senate would have to confirm his new role.

A leading national figure in Native American law, Anderson has written that tribes should have more influence in federal decisions, like the controversial permitting for the Dakota Access Pipeline, that affect their land and people. Former President Barack Obama’s approval of construction for the Dakota Access Pipeline, which transports crude oil from the Bakken formation in North Dakota to Illinois, sparked protests over concerns that a spill would threaten the water supply for the Standing Rock Sioux Reservation and other areas near the proposed path.

“Tribal input into most projects affecting tribal lands and water is advisory only,” he wrote in a 2018 law review article. “The [Dakota Access Pipeline] experience shows the shortcomings in this approach and should serve as a springboard for changes in federal law… It is not enough to be consulted if the permitting agency is free to reject tribal input subject to deferential judicial review.”

If confirmed, Anderson would play a central role in the department’s rulemaking and interpreting how it should apply federal laws.

From 2011 to 2013, Anderson participated in a five-person committee that reviewed the federal government’s management of $4 billion in Native American trust funds and suggested reforms to the program. He also advised Obama’s transition team in 2008 and 2009.

He was associate Interior solicitor for Native American affairs and a counselor to the Interior secretary during former President Bill Clinton’s administration.

The solicitor is the chief attorney for the Interior Department and legal adviser to the secretary. The position oversees 430 attorneys and other staff.

Jacob covers federal policy as a senior reporter for States Newsroom. Based in Oregon, he focuses on Western issues. His coverage areas include climate, energy development, public lands and infrastructure.