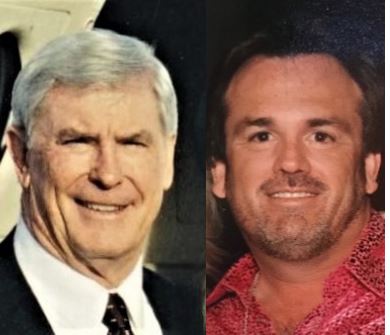 Jeff Guinn, son of former Nevada Governor Kenny Guinn, who emerged unscathed from an FBI investigation and federal grand jury only to have his company’s mortgage brokers license revoked by Nevada regulators, is back in the hard money private lending business.  In the decade since the mortgage meltdown, Guinn’s former investors in the now-defunct Aspen Financial have been licking their wounds and trying to make sense of how they lost their savings after they pooled their money to make multi-million dollar loans to some of the biggest developers in town.

When the bottom fell out of the market, Guinn, who claims he was a victim of the economy, failed to protect investors by foreclosing and exercising personal guarantees against borrowers.  The results were catastrophic.  Guinn’s loans to himself and other borrowers left lenders out hundreds of millions of dollars.  Some loans, which Guinn claimed were secured by real estate, were subjected to “intercreditor agreements,” which prevented investors from foreclosing.

But it wasn’t the avalanche of defaults that put Guinn’s Aspen Financial out of business.  It was Guinn’s own borrowing that prompted state regulators to declare Aspen insolvent and revoke its license in 2013.

Now, in a message to his former investors inviting them to invest in his new private lending venture, Battle Born Capital, Guinn bemoans the dearth of community banks and other alternative sources of funding for developers in the post-recession era.

Guinn fails to mention that he, his father and partners Sean Corrigan and Kent Barry borrowed heavily from Community Bank and failed to repay approximately $40 million, a liability that helped seal the bank’s demise and takeover by the Federal Deposit Insurance Corporation.

And there’s the $7.9 million Jeff Guinn, his wife Monica and Aspen Financial borrowed but never repaid to another community bank, City National.

Guinn, who claimed in a lawsuit that he wasn’t required to follow the state lending law while his father was governor, reassures potential investors that “Amanda Stevens, a local attorney, will be working with me on the day to day operations, individually documenting each loan, and handling all compliance.”

Guinn goes on to describe Stevens’ background, noting she’s “a veteran of the hard money lending industry.” Stevens was director of loan administration for USA Capital. The company filed bankruptcy in 2006 and its president was sentenced to 12 years in prison on one count of wire fraud and ordered to pay $86 million in restitution.

Stevens recently worked for Bailey and Kennedy, the law firm that represented Guinn against a spate of lawsuits.

Former investors marvel that the State Mortgage Lending Division would allow Guinn to operate a mortgage brokerage again.  The MLD says it was Aspen Financial’s license that was revoked, not Guinn’s.

A note of disclosure:  I briefly performed investigative work for attorney Dennis Prince, who represented one of Guinn’s former investors, Donna Ruthe, who is suing Guinn in bankruptcy court.  The trial ended in October 2016.  Visiting Judge Gary Spraker has yet to rule.

Minimum wage bill would help some workers, leave many others behind