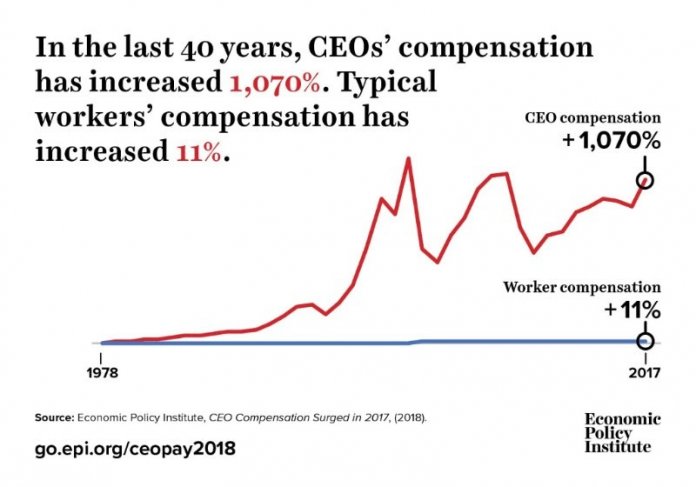 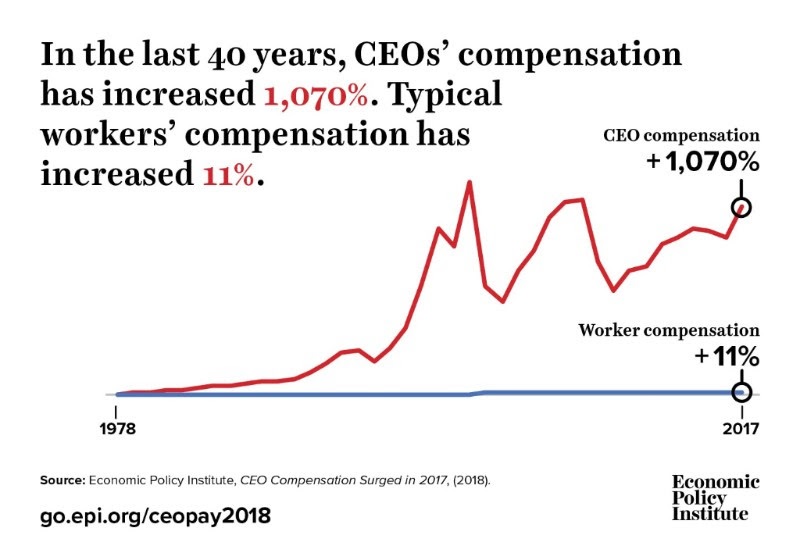 In a new report, the Economic Policy Institute found CEO compensation surged by almost 18 percent in 2017 compared to a .3 percent rise in workers’ wages.

When looking at compensation of CEOs, which includes stock options in addition to salary, bonuses, restricted stock grants and long-term incentive payouts, the average CEO of the 350 largest firms received $18.9 million last year.

“Higher CEO pay does not reflect correspondingly higher output or better firm performance,” according to the report. “CEOs are getting more because of their power to set pay, not because they are more productive or have special talents or more education.”

Characterizing the drastic disparities in compensation as the result of policy choices, EPI recommends policy alternatives, including higher tax rates on those with top incomes, higher corporate tax rates for firms with highest ratios of CEO-to-worker compensation, caps on CEO compensation, and increased shareholder engagement and monitoring with respect to CEO pay.