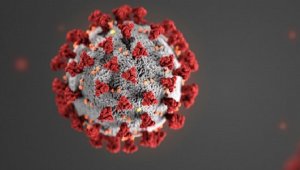 At least 43 inmates at the City Jail are presumed positive for Covid-19, the City of Las Vegas announced late Friday afternoon.

The entire unit, which had 91 inmates, has been quarantined as the city waits for results.

The first inmate, the city notes, initially tested negative at the jail and was then placed with the general population. The release doesn’t provide the date the person was booked and tested.

He was then transferred to Clark County Detention Center where he tested positive for Covid-19. Again, the release doesn’t confirm the date of the transfer and confirmed positive results.

All 43 inmates in the unit are “under evaluation by medication staff, with their symptoms being monitored.”

According to the statement, all people arrested and booked at the jail are tested for Covid-19, and those displaying symptoms are put in isolation.

In an interview in May, city spokesman David Riggleman said tests were only administered when symptoms manifest. It’s not clear when the protocol was updated.

The release notes that in the future the city would extend its quarantine period to prevent a future outbreak.

At the start of the pandemic, legal groups and local advocates admonished the lack of transparency among correctional facilities, both local jails and the Nevada Department of Corrections.

Prior to the spike, there had been 12 reported positive cases in the jail.

Little housing stock, high rents in Nevada create a homeless… by Michael Lyle October 11, 2021
Board of Regents races in Clark County bring both newcomers… by April Corbin Girnus May 24, 2022
What to the slave is the Fourth of July? by Frederick Douglass July 4, 2022