Here is the tally from the secretary of state’s office for the first three days of 2018 (as of early Tuesday morning the SOS office had yet to report Monday’s turnout in several rural counties):

And here are the totals for the first week of 2014: 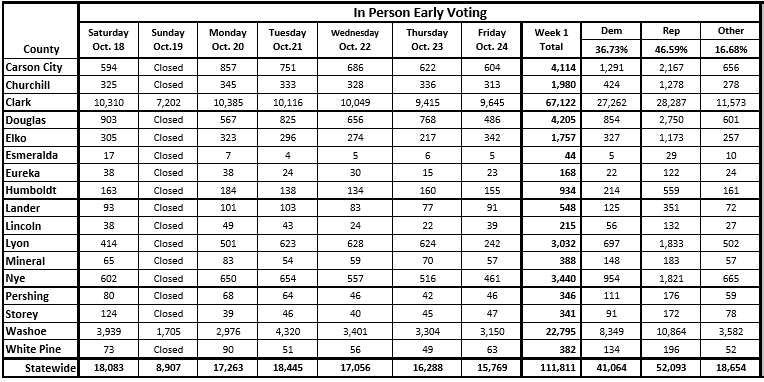 The 2014 midterm election, it should be remembered, was a decidedly lackluster affair — there was no U.S. Senate race, and at the top of the ticket, Democrats declined to field a credible candidate to challenge Republican Gov. Brian Sandoval.

Board of Regents races in Clark County bring both newcomers… by April Corbin Girnus May 24, 2022
Race for lieutenant governor features primaries on both… by Jeniffer Solis May 16, 2022
Little housing stock, high rents in Nevada create a homeless… by Michael Lyle October 11, 2021