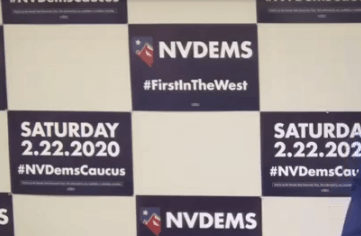 Assembly Bill 126, sponsored by Assembly Speaker Jason Frierson, Assemblywoman Teresa Benitez-Thompson and Assemblywoman Brittney Miller, would make the primary the second to the last Tuesday in January in an effort to make Nevada first in the nation for the presidential nomination process.

“Last year, Democrats did incredible work to make our caucuses more accessible by including early voting and introducing multilingual trainings and materials, but the only way we can bring more voices into the process is by moving to a primary,” Nevada State Democratic Party Chair William McCurdy said in a statement.

In addition to the clunky and confusing caucus, the order of states in the nomination process has received fierce criticism for favoring predominantly white states over places with more Black and brown voters, the base of the Democratic Party.

On the presidential campaign trail in 2019, former candidate and U.S. Housing and Urban Development secretary Julián Castro pointed out the hypocrisy for Democrats to “continually and justifiably complain about Republicans who suppress the vote of people of color and then turn around and start our nominating contest in two states that, even though they take their role seriously, hardly have any people of color.”

In Monday’s statement, McCurdy said Nevada’s diverse population is among the many reasons the process should change.

“We are a majority-minority state with a strong union population and the power structure of the country is moving West,” he said. “I want to thank Speaker Frierson, who has devoted his career in the Assembly to make our voting process more expansive and equitable, for his help in securing Nevada’s spot on the national stage.”

If passed, the bill would make the presidential primary separate from a June primary, which includes state and local races.