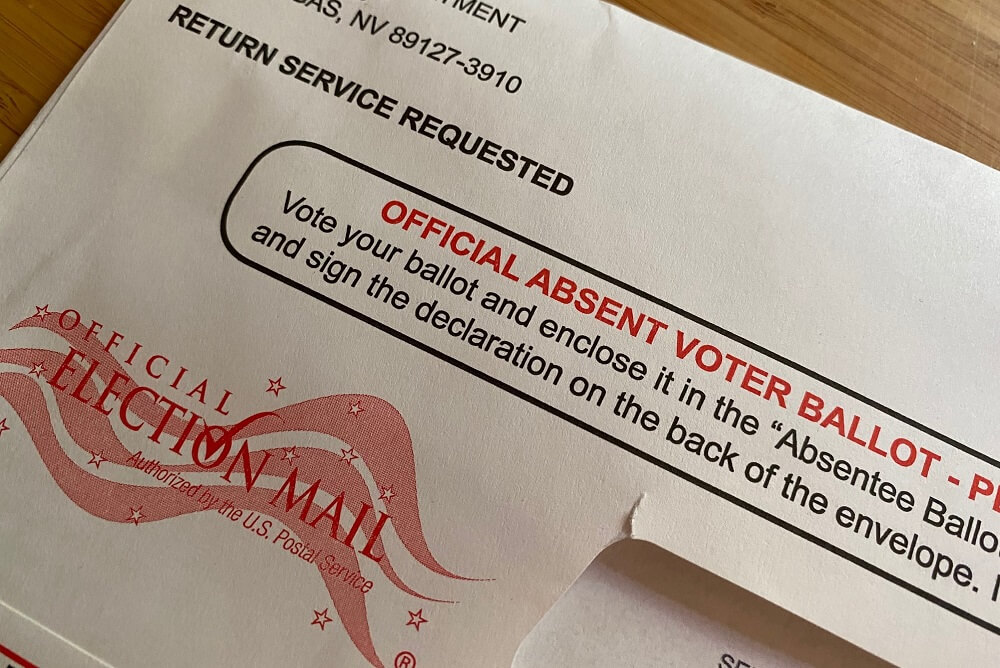 The Nevada Secretary of State’s office acknowledged Monday that ballot mailers in two Nevada counties have errors on them.

But the errors do not involve the ballots themselves and should not affect voters’ ability to cast their ballot, according to the state’s top election official.

The errors are a misprinted county name on ballot return envelopes in Humboldt County and outdated information regarding who can hand-deliver completed ballots in Lyon County.

According to a statement from Secretary of State Barbara Cegavske, election officials in Lyon County failed to update the instruction sheet included within absentee ballots to reflect an election bill passed by the Nevada Legislature in August during the 32nd Special Session. As such, the Lyon County ballot instructions erroneously say only the voter or a family member may drop off a ballot in person. The instructions should state that a voter may request that any person, not just a family member, return their ballot on their behalf.

The second error affects Humboldt County. Ballot return envelopes distributed there include a voter declaration paragraph that erroneously reads “White Pine Country” instead of “Humbolt County.” All of the other information, including the return address where mailed ballots will be delivered, is correct.

Lyon and Humbolt counties are both reprinting the materials that contain incorrect statements and delivering them with a letter explaining the issue to all active registered voters in their counties.

The statement from the Secretary of State’s office Monday emphasizes that the errors will “have no effect on whether their mail ballots will be accepted and counted.” Humboldt County voters can wait until they receive a corrected ballot return envelope, or they can use the ballot return envelope with the misprint.

“No ballots in Humboldt County will be disqualified simply because they are returned using the inaccurate ballot return envelope,” stated Cegavske.

Cegavske, a Republican, supported statewide vote-by-mail for the June primaries but opposed it for the 2020 general election. The Democratic-controlled Legislature passed a special elections bill in August mandating that all counties distribute mail ballots to all active registered voters, among other provisions.

Distribution of mail ballots has begun in all 17 Nevada counties.