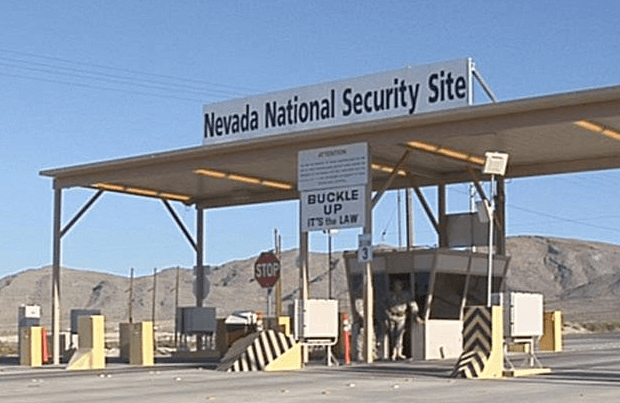 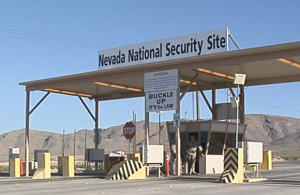 Coming in the wake of an announcement by the U.S. Department of Energy (DOE) that it had shipped a half-ton of weapons-grade plutonium into the state sometime last year, Attorney General Aaron Ford announced Thursday that his office has filed a motion in federal District Court to prevent future shipments to the state, pending an appeal to the Ninth Circuit Court of Appeals.

The recent plutonium shipments to the Nevada National Security Site were undertaken to comply with an order issued by the U.S. District Court in South Carolina. According to Ford’s motion, the South Carolina injunction mandates additional shipments from the Savannah River Site. The motion argues that the DOE’s Supplemental Analysis confirms that the DOE intends to ship an additional half-ton of plutonium in the near future.

“Without interim relief, the DOE could do again what it has done before—surreptitiously ship additional plutonium to Nevada—before the Ninth Circuit has the opportunity to consider the important statewide and national interests at stake in this,” reads the motion.

“Today’s motion represents another step in our aggressive, multifaceted legal strategy to prevent Nevada from becoming a parking lot for nuclear weapons and waste,” Ford said in a statement. “When the Department of Energy takes unilateral action to ship dangerous material to Nevada, it robs the state of our ability to prepare for the risks associated with transporting and storing plutonium. Frankly, the Department of Energy has lost all credibility and trust, and its assurances that it will not ship any plutonium in the future aren’t worth the paper they’re written on.”

In particular, argues the motion, the DOE must consider how such a shipment might impact Las Vegas, the economic center of the Nevada’s economy.

In November, Nevada filed a request in a Reno federal court for an injunction to block a shipment of plutonium from South Carolina to the Nevada National Security Site, which is often referred to by its former name, the Nevada Test Site, but according to a filing by the DOE the shipment was already made prior to Nevada’s injunction.

Approximately half a metric ton of plutonium was shipped from the Savannah River Site in South Carolina to the Nevada National Security Site (NNSS), located approximately 65 miles northwest of Las Vegas, in compliance with an injunction issued by the U.S. District Court in South Carolina. According to the filing, the precise date was not revealed due to “operational security” but was done before November, meaning “prior to the initiation of the litigation.”

In response to the backlash from Nevada lawmakers, the Energy Department said in a statement it was “inaccurate to state that the Members of the Nevada delegation were not informed of this movement,” adding that the department “was as transparent as operational security would permit.”

Efforts to notify state officials representing Nevada of the planned movement ahead of time were made as early as August 2018 when NNSA publicly released the plan in a Supplement Analysis, according to the DOE.

“My administration continues to aggressively pursue every legal tool available to fight back against the Department of Energy’s disregard for the State of Nevada’s sovereignty,” added Governor Steve Sisolak in a statement. “Just last month, we met the Department in federal court to discuss our motion for an injunction on its plans to ship half a metric ton of weapons-grade plutonium to our state. Come to find out, that very shipment had already taken place, something the Department failed to disclose to the state and the federal court. Today, the state filed another motion to prevent the Department from pulling this despicable stunt again while the Ninth Circuit considers our appeal.”

Anointment politics alive and well in Henderson, of course