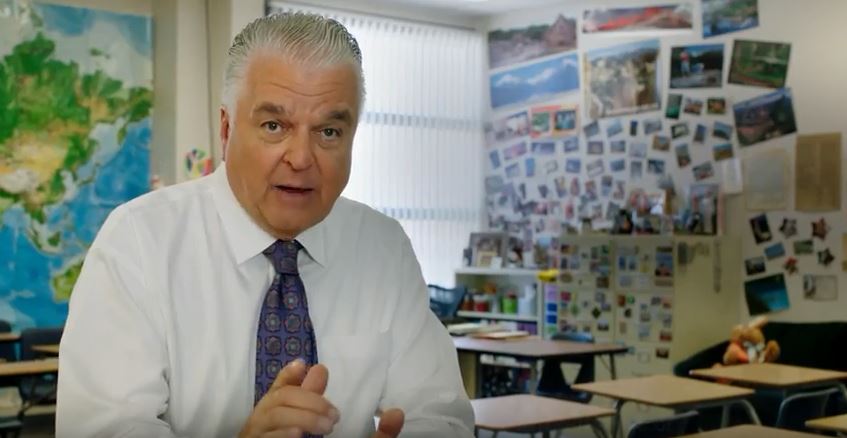 That’s in dramatic contrast to the Reno Gazette-Journal/Suffolk University poll last week showing Sisolak with a slight lead over Laxalt, 37 percent to 35 percent.

The Gravis poll broke down respondents by who they supported for president in 2016, but not by party. Nor did the poll break down respondents by area of the state. It was conducted Sept. 11 and 12 “using interactive voice responses and an online panel of cell phone users” by which Gravis conducted a random survey of 700 registered likely voters in Nevada. Gravis polling suffered pretty heavy criticism for inaccuracy during the nation’s last midterm elections in 2014.

In the Nevada U.S. Senate race, the Gravis poll found Jacky Rosen very slightly leading Dean Heller, 47 percent to 45 percent, which is much more in line with polling that has shown that race in a dead heat.

Adam Laxalt, Trumpism and the Big Lie: An (updated)… by April Corbin Girnus October 19, 2022
Lombardo skates on the GOP’s hard-right edge in primary   by Dana Gentry April 18, 2022
Race for lieutenant governor features primaries on both… by Jeniffer Solis May 16, 2022