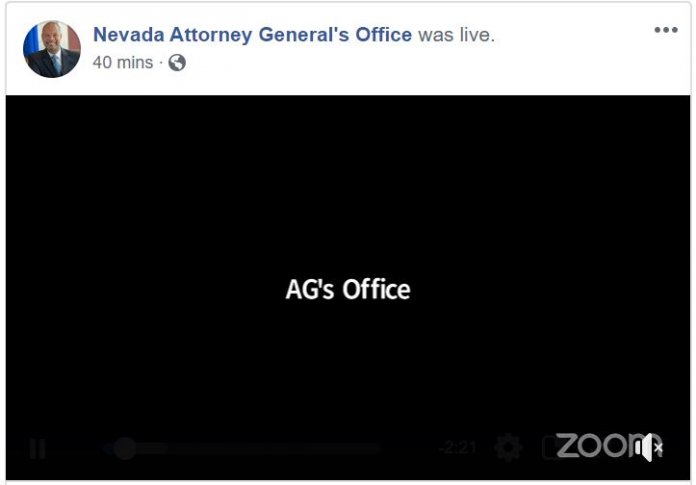 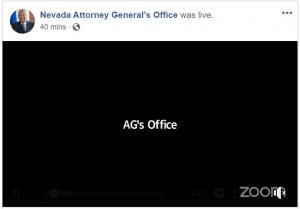 An attempt by the state’s lead law enforcement officer, Attorney General Aaron Ford, to join police and community leaders to discuss protests, riots and arrests in the wake of the Minnesota death of George Floyd at the hands of police, was aborted when hackers allegedly crashed the forum.

“We’re having technical difficulties,” Ford said, after cutting out and restarting the live stream several times. “Our IT team is telling us that someone is trying to hack in, potentially, to obstruct this call.”

The discussion is being recorded instead and will be posted to Ford’s Facebook page, according to his spokeswoman, Monica Moazez.

The group Anonymous is reportedly engaged in a series of hacking events, according to news reports, including taking down the Minneapolis Police Department’s website.

Voting from jail – if not convicted, it’s a right

LV advances homeless ordinance despite ‘no past problems’ cleaning sidewalks