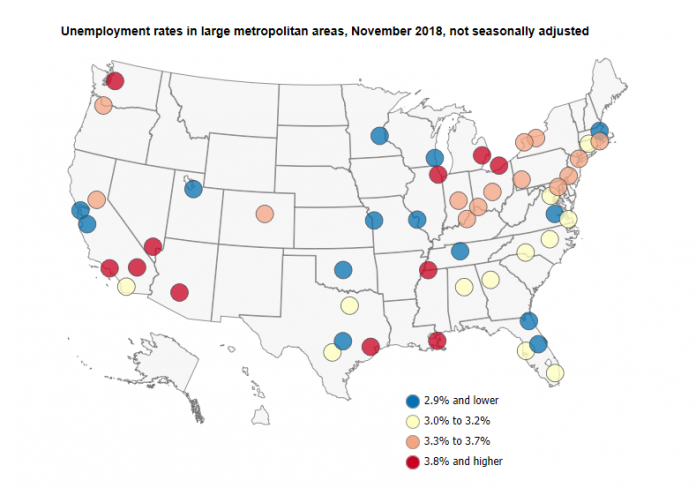 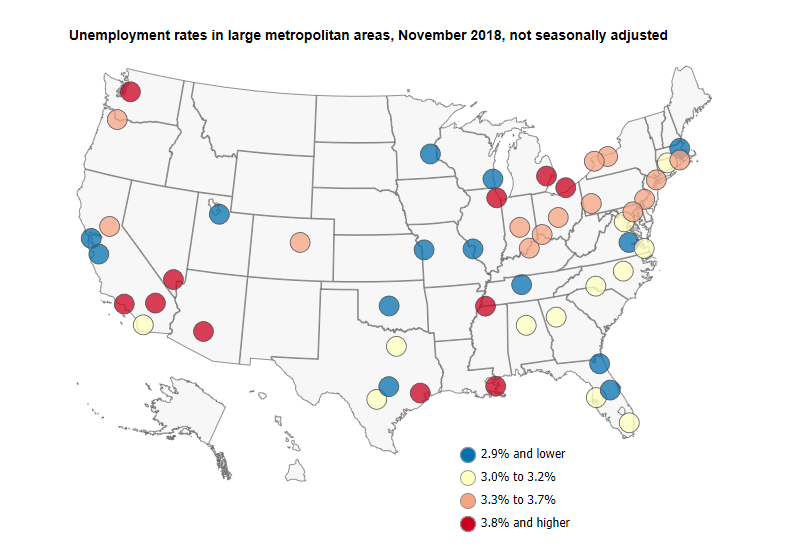 Of 51 metro areas with more than a million people, the unemployment rate in November was lowest in the Twin Cities, at 2.5 percent, according to the Bureau of Labor Statistics.

Tied at 51st, with the highest unemployment rates of all the big metro areas, were Cleveland, and Las Vegas (or as the Southern Nevada metro statistical area is called, Las Vegas-Henderson-Paradise).

Nevada officials have celebrated the state’s recovery from the Great Recession, noting that the state’s population and job growth has been among the fastest in the nation in recent months.

However, local and national economists have also characterized that recovery as a low-wage affair. Additionally, and serving as a drag on wages, Nevada’s “U6” unemployment rate – defined as “total employment, plus all marginally attached workers, plus total employed part time for economic reasons,” has stubbornly remained among the nation’s highest.