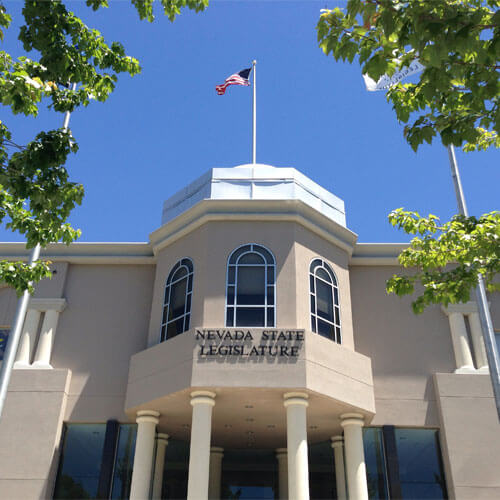 And then commissioners could appoint a woman to fill Brooks’s seat in the Assembly.

And then if commissioners appoint a woman to fill Attorney General-elect Aaron Ford’s vacant state Senate seat, Nevada would be the first state in these United States where women have majorities in both houses of the legislature.

And then if all goes well, the women of the Nevada Legislature will pass bills to raise the minimum wage and mandate sick pay for private sector workers and pass many other bills that do a lot of nice things! And Sisolak, even though he’s not a woman, will sign the nice things into law!

Alternatively, Sisolak will tell the women of the Nevada Legislature, and the Democratic menfolk, too, to hold on a minute, because we must take at least a couple years to study whether Holy Sacred Business (amen) will still give everyone campaign contributions even if people are given nice things. So maybe we’ll mostly skip the Nice Things Department for now and just say education a lot and focus on giving tax breaks to out-of-state companies because JOBS! And also the Raiders are coming, Sisolak may add.

Ha ha which way will it go? I know, I know… I’m usually such an unbridled optimist, by nature. And yet there’s a nagging sense that, the nice things, not so much. On the bright side (where I’m always looking), sometimes I’m wrong.