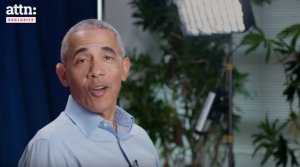 In what will likely be a preview of part of the message he’ll deliver in Las Vegas Monday, Barack Obama has filmed a video that confronts the dirty little secret of midterm elections: Democratic voters don’t show up.

It’s not that much of a secret — every casual political junkie knows it.

Dean Heller has even acknowledged it. He was recorded in April explaining that if the total number of registered Republicans in Nevada got within 50,000 of the Democrats, “I can’t lose. Because the ratio of voter turnout in a non-presidential year — we’re in a non-presidential year — the tendency of Republicans to vote is higher than the other party.”

Or as Obama puts in video released this week produced by the media company ATTN:, “That’s actually what people in power are betting on, that you’ll check out.”

But do casual voters — the very voters who drop off between presidential campaign years and midterms — know that Republicans are relying, even planning, on Democratic voters not showing up to vote? After all, the crossover between Review-Journal readers and casual Democratic voters is presumably pretty small.

If they’re not watching cable or reading political news, how would those casual Democratic voters know that Republicans are counting on them checking out? Democratic campaigns always implore people to vote, but rarely do they directly explain why the plea is so urgent: that Democratic voters are in fact notorious for not bothering to vote in midterm elections.

Seriously, why haven’t Democrats made that audio of Heller into a clever ad and slapped it all over that portion of the cyber-wasteland most likely to reach voters who are most likely to check out, as determined by handsomely paid Democratic campaign marketing experts?

In any case, Obama, at least, is confronting the issue. In his video, he sometimes earnestly sometimes comically disposes of common excuses people have for not voting. It’s not an issue-heavy message by any stretch, though Obama does touch briefly on criminal justice reform, student loan debt relief, school shootings, the minimum wage, even rent — issues presumably calculated to connect with people who have yet to get fired up about voting.

Health care, the issue on which Democratic campaigns in Nevada and the nation have concentrated so much attention — and spent so much money — is not mentioned. It’s almost as if even Obama knows that protecting modest provisions of Obamacare is not the issue that will make voters who have checked out check back in.