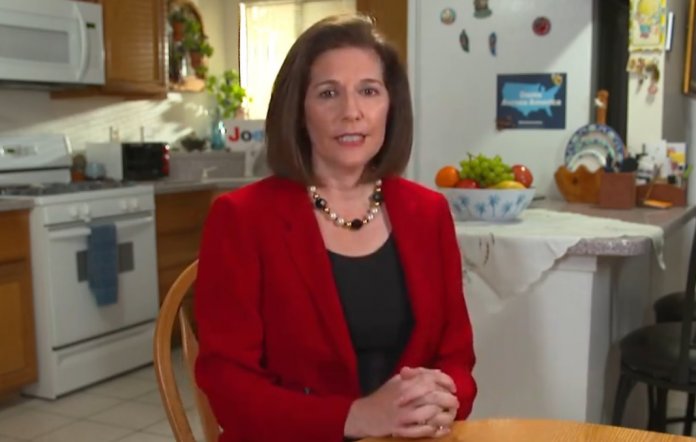 The first Latina elected to the U.S. Senate addressed America not from a podium in a crowded convention hall, but from a kitchen, in the first Zoom-style political convention in the nation’s history.

“This year, more Americans than ever before are going to vote from rooms just like this,” Cortez Masto said, noting they’ll be “exercising one of our most fundamental rights from home.”

“My home state took the advice of scientists and medical experts,” and instituted mail-in voting.  “But Donald Trump is trying to divide us by undermining that right. He’s threatened to withhold federal funding to Nevada because of our vote by mail system.”

Cortez Masto called Trump’s legal action “a meritless lawsuit, one that our Republican Secretary of State has asked the judge to dismiss.”

The senator, referring to services such as prescriptions by mail, accused Trump of “putting the lives of seniors at risk by asking to defund the post office.”

“Mr. President, Nevada is not intimidated by you,” Cortez Masto says in Democratic Convention speech

Nevada lawmakers and impeachment – from Johnson to Trump