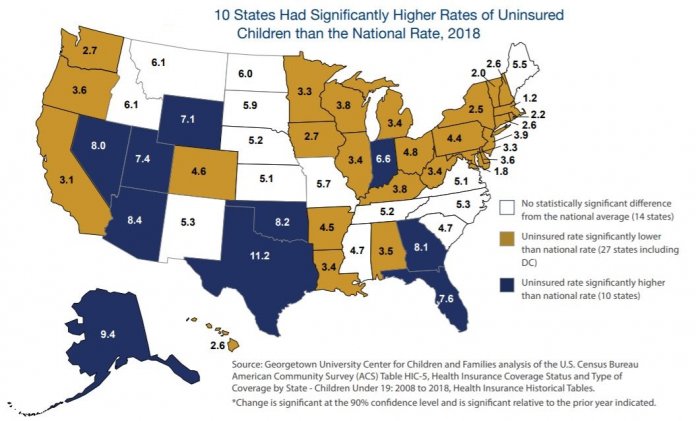 On the bright side, the number of Nevada children without health insurance didn’t measurably increase from 2017 to 2018.

The roughly 58,000 without insurance is equivalent to an 8 percent uninsured rate. Texas had the nation’s highest rate, at 11.5 percent, followed by Alaska, Arizona, Oklahoma, Georgia, and then Nevada. 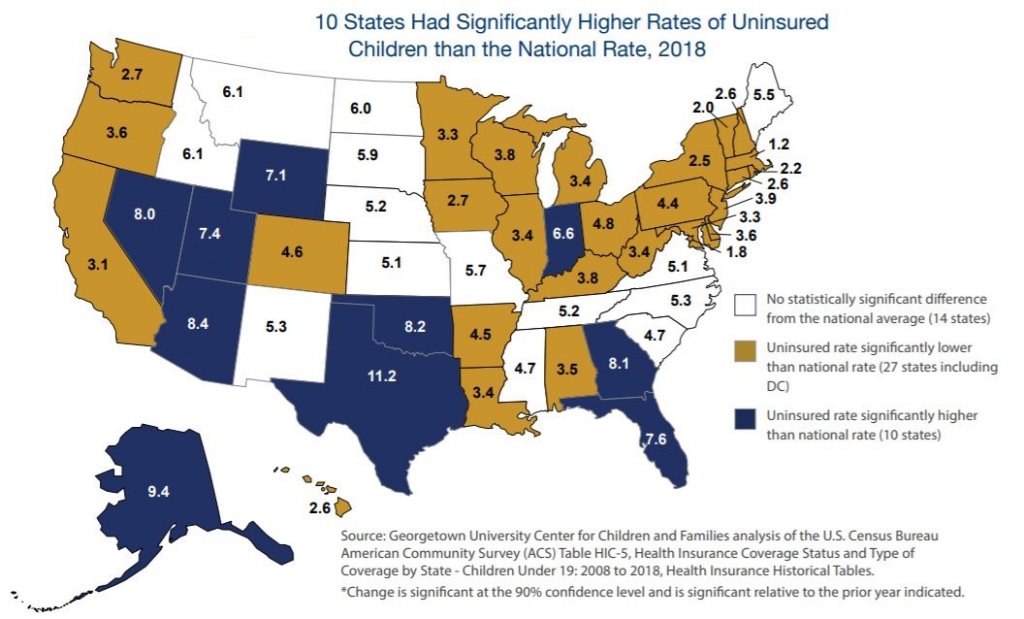 The U.S. rate in 2018 was 5.2 percent, according to the Georgetown study, the third straight year of increase. The climb marks a reversal — the rate had been dropping steadily since 2008. Between 2016 and 2018, the number of uninsured children in the U.S. increased by 400,000, bringing the nationwide total to more than 4 million.

“Bipartisan initiatives and the Affordable Care Act that successfully reduced the child uninsured rate for many years have been undercut by recent policy changes, and the U.S. is now reverting backward on children’s health coverage,” the study said.

A decade ago, 20 percent of children in Nevada were uninsured. Prior to passage of the Affordable Care Act, Nevada perennially had among the highest rates of uninsured people in the nation. With the expansion of Medicaid through the ACA, the rate began to drop.

Rehab “track records” to be public under legislation