The Regional Justice Center in Downtown Las Vegas. (Photo by Ronda Churchill for The Nevada Current)

Nevada’s non-education public sector workforce is down 5.2% compared to pre-pandemic, according to a new analysis by Pew Charitable Trusts.

Comparing employment data from July 2021 with July 2019, Pew found that 14 states recorded declines of more than 5% in their state and local governments, excluding education jobs. 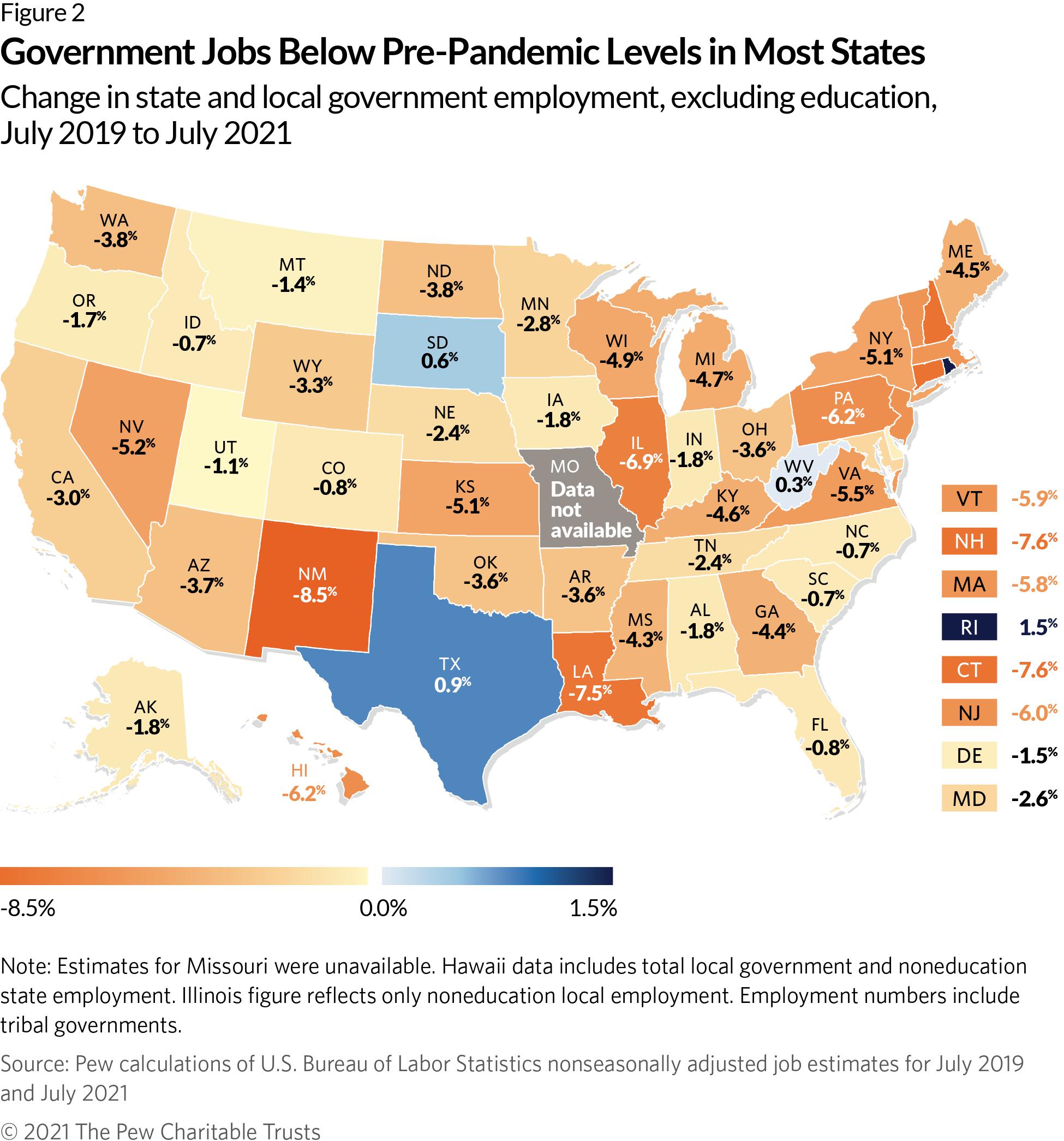 In Nevada, employment overall was down 5.98% in July 2021 compared to July 2019, according to data from the U.S. Bureau of Labor Statistics. That represents nearly 85,000 jobs statewide.

Government officials have warned that many of those jobs may not return as employers reconfigure their operations to include fewer employees. Public and private sector employers have also reported difficulties finding workers.

Those numbers have since improved both nationally and in Nevada, but they too have yet to reach pre-pandemic levels.