Nevada job growth in the last year has been concentrated overwhelmingly in urban areas, according to the state Department of Employment Training and Rehabilitation (DETR).

The labor force declined in most rural counties.

DETR also reported that in June the unemployment insurance exhaustion rate – the percentage of those who had been on unemployment and used up all their benefits without finding work – ranged from less than 10 percent in Eureka County to more than 50 percent in Mineral County.

Nevada’s split between urban and rural employment growth emulates national patterns. The Department of Agriculture reports that since the Great Recession, while employment has grown in metropolitan areas, the labor force has never fully recovered in rural areas, and mostly has continued to decline. 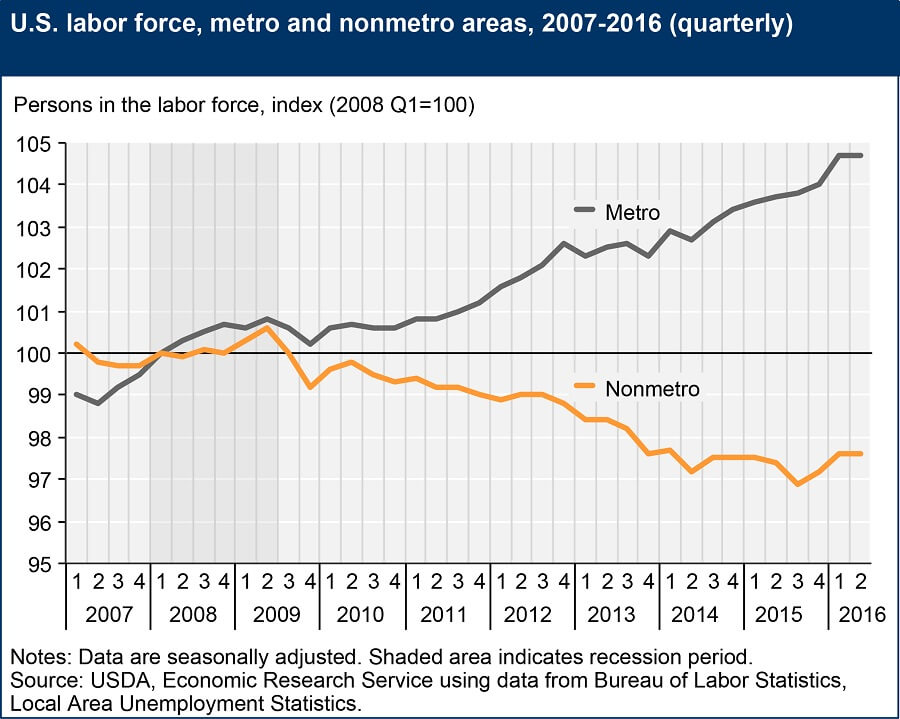