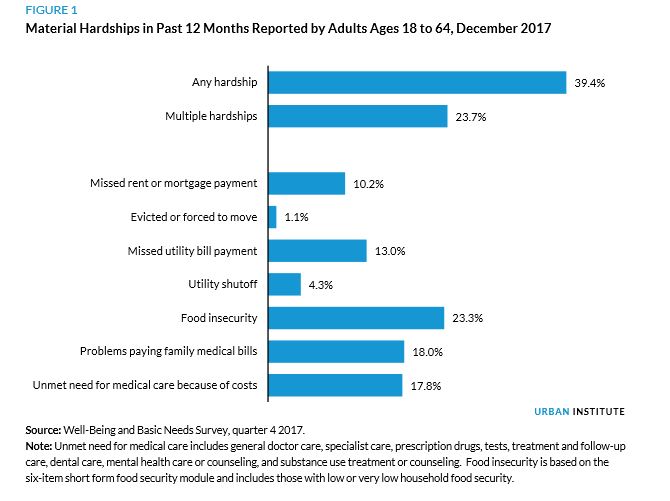 As of May, 660,000 Nevadans were on Medicaid, most of them mothers and children, or the aged, blind and disabled.

In 2016, a monthly average of 440,000 Nevadans in 140,000 households received Supplemental Nutritional Assistance — food stamps. Roughly 70 percent of those households were families with nonelderly residents in which typically at least one person worked.

Even with an improving economy, a large number of nonelderly adults and their families struggle to meet basic needs, according to a report released by the Urban Institute Tuesday. And efforts by federal and state policymakers to curtail food stamps, Medicaid and other safety net programs will only exacerbate the material hardships facing working families, the report warns.

“As policymakers consider changes in access to safety net programs, they run the risk of increasing rates of material hardship, which could have detrimental short- and long-term impacts on children and adults,” the report concludes.

The report’s findings echo those of an Economic Policy Institute study released last month, which warned that stiffening work requirements for food stamps and Medicaid would hurt families and the economy.