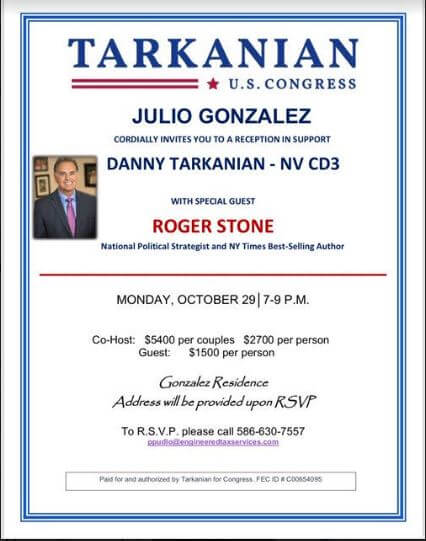 ABC News and other outlets reported this week that Mueller is pressing former Trump campaign manager Paul Manafort for information about Stone, who is also Manafort’s former business partner.

The fundraiser’s host, Julio Gonzalez, is a Republican campaign contributor based in West Palm Beach, Florida.