Sisolak sets date for state of the state 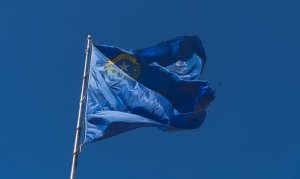 Will he call for raising the minimum wage?  Will he deviate from the budget left him by Brian Sandoval in any meaningful way? Will there be an innovative surprise initiative?

Will something interesting happen?

By Jan. 16, Governor-elect Steve Sisolak will be governor-elect no more, but governor for real, and on that night he will deliver his very first state of the state address, his transition office announced Tuesday.

Local TV news stations traditionally have carried the speech live. It will also be streamed online at gov.nev.gov

Legislators (along with lobbyists, government officials, perhaps some courtiers) will be on hand for the hoopla, but they won’t show up in earnest until the legislative session starts, on Feb. 4.

The speech will be made from the Assembly Chamber of the Nevada Legislature in Carson City, a smallish community south of Reno where Nevada’s state capital inexplicably remains.

Sisolak sets date for state of the state

The First Amendment and public meetings: It's complicated. by Carrie Kaufman August 12, 2021
Trump didn't care if crowd was armed since 'they're not here… by Jacob Fischler June 28, 2022
GOP primary for secretary of state highlights increasing… by April Corbin Girnus April 13, 2022