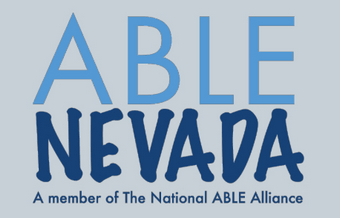 A savings program for people with disabilities is being underutilized in Nevada, and the state treasurer is exploring ways to remedy the problem.

Named for the 2014 Achieving a Better Life Experience Act that established them at the federal level, ABLE accounts are tax-advantaged savings accounts that allow people with disabilities to save money without fear of losing eligibility for public benefits programs.

People with disabilities often depend on public programs like Social Security Insurance (SSI), Supplemental Nutrition Assistance Program (SNAP) and Medicaid. Eligibility for such programs typically requires a person have less than $2,000 in cash savings, retirement funds and other financial resources — meaning they must remain poor.

With ABLE accounts, people with disabilities can save for disability-related expenses. This can include education or job training, assistance services, assistive technology, and accessible housing costs. Many of these expenses can be costly and are not fully covered by private insurance or public benefits.

People can contribute up to $15,000 annually to their ABLE accounts.

Only around 60 Nevadans are currently taking advantage of the program. It’s uncertain how many Nevadans are eligible for ABLE, which has eligibility limitations based off severity and age when the disability began.

Approximately 12 to 13 percent of all Nevadans have some kind of disability.

State Treasurer Zach Conine, who was elected to office as part of the blue wave last November, wants to see the number of ABLE participants increase. He believes the first step in making that happen is correcting a strange division of labor that exists in state law.

While Nevada’s ABLE program was established and is managed by Treasurer’s Office, the responsibility and authority to market the program is given to the Aging and Disability Services Division of the Department of Health and Human Services.

The Treasurer’s Office has been collaborating with lawmakers on Assembly Bill 130, which, if passed, would transfer all responsibilities related to the ABLE program to the Treasurer, allowing the office to devote personnel and resources to promoting the program. According to Jimenez, Aging and Disability Services supports the bill.

While on the surface it may seem like bureaucratic paper shuffling, Jimenez says streamlining and strengthening the state’s ABLE program is a key component of larger efforts to reform policies related to the intellectually disabled.

Jimenez is also leading the effort to eliminate subminimum wage for people with intellectual disabilities. The Fair Labor Standards Act allows for authorized employers to pay intellectually disabled people less than the federal minimum wage of $7.25 an hour, in the name of job training. These workers are paid based off their production compared to a worker without a disability. The efforts have gained traction at the city level and are set to be explored at the state level through a separate bill, which has not yet been introduced into the legislature.

Disability advocates who support subminimum wage often point to public benefit eligibility as justification, claiming that many disabled people would opt not to work rather than lose eligibility.

Is light rail all that?