Total costs of compensating private sector employees in the U.S. averaged $34.77 per hour in the latest estimates released by the Bureau of Labor Statistics. Wages accounted for 70 percent of the cost, and benefits 30 percent.

But not in the workforce sector that is Nevada’s largest.

In the leisure and hospitality industry, total compensation, at $15.80 per hour, was less than half the national average for all private sector workers. Wages accounted for about 78 percent of total compensation, and benefits only 22 percent in the sector, which is comprised overwhelmingly of jobs in accommodations and food service.

The BLS data was not broken down by state, and the Culinary’s penetration in Nevada’s leisure and hospitality industry almost assuredly means the split between wages and benefits in Nevada is higher than the national average, at least for those workers under collective bargaining contracts.

The second largest workforce sector in Nevada is retail. Total compensation in the retail sector averaged $20.54 nationally, wages accounting for about 76 percent of the total and benefits for 24 percent.

The industry with the highest total compensation costs, at nearly $64, was utilities. Benefits accounted for nearly 40 percent of compensation in the sector.

The health sector traditionally has been viewed as a high-wage industry, but in the “health care and social assistance” sector, total compensation, at $36.18, was only slightly more than the average for all workers.

The sector includes home and personal care aides. The latter is projected to grow more than any other occupation through 2028, while the home care aide profession is projected to have the fourth-most job growth over the same period. Both jobs currently pay about $24,000 a year nationally. 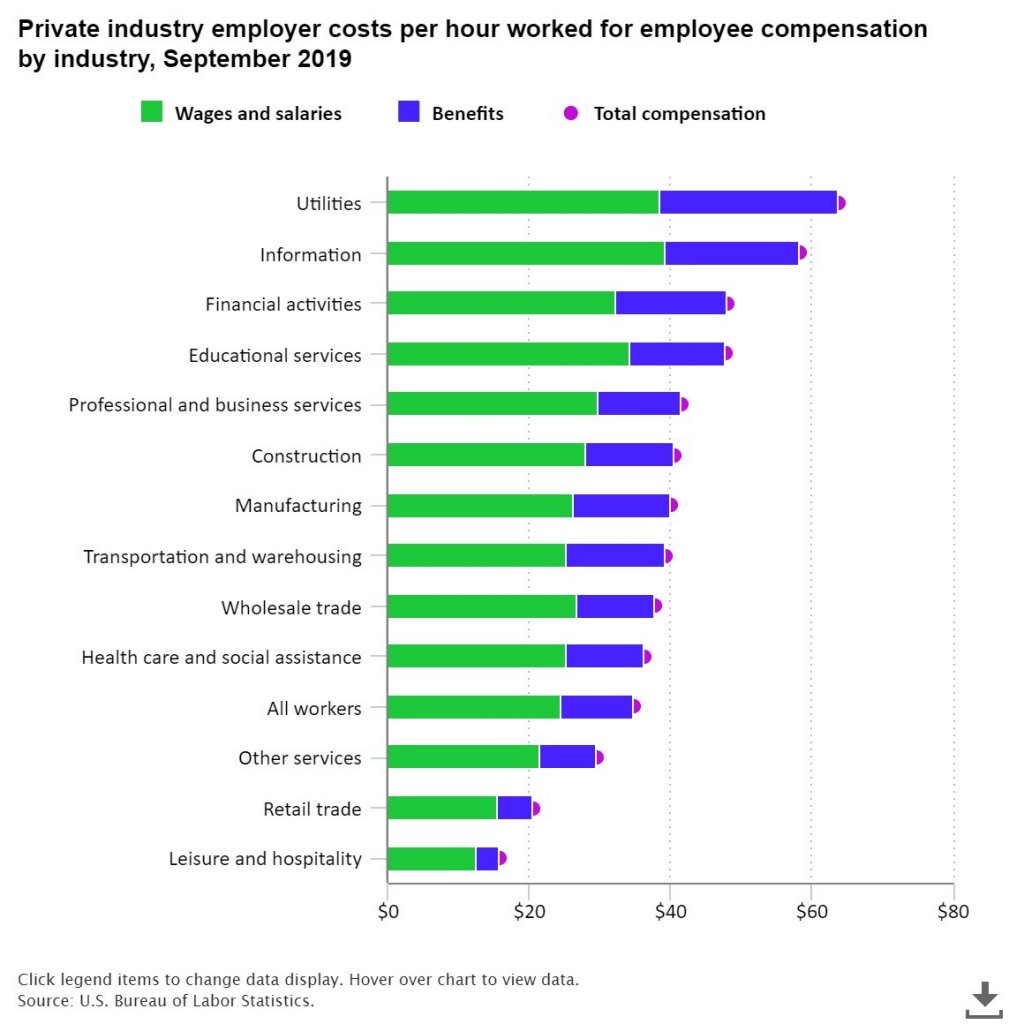 Brian Sandoval: Hot or not?