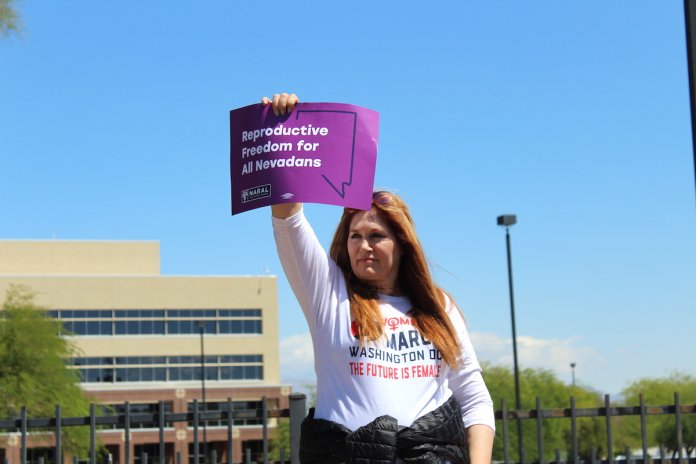 On Tuesday, pro-abortion rights advocates held rallies and protests across the country in response to restrictive abortion laws passed in several states, most recently — and most restrictively — in Alabama, Georgia and Missouri. Here in Nevada, the day of action fell on the same day as a vote that pushes forward a bill to further strengthen the state’s existing abortion rights.

Referred to as the Trust Nevada Women Act, AB 179 on Tuesday passed the Assembly 27-13. Assembly Republicans (minus John Hambrick, who was excused) and Democratic Assemblywoman Dina Neal voted against the bill.

The bill now heads back to the Senate, where an earlier version of the bill passed 12-9. (In that vote, Democratic state Sens. Marcia Washington and Mo Denis voted with the majority of Republicans against the bill. Republican state Sen. Ben Kieckhefer supported the bill.) The Senate is expected to pass the updated version, after which the bill would head to the governor’s desk.

The Trust Nevada Women Act revises provisions related to abortion, the right of which was added to the state constitution by Nevada voters in 1990.

State Sen. Yvanna Cancela, who sponsored the AB 179, has described the legislation as “repealing antiquated language that criminalizes women for a legal act.” 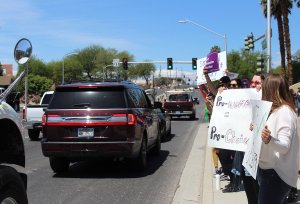 That includes removing requirements that physicians ask a pregnant woman about her marital status and age before performing an abortion, as well as a requirement to explain the emotional implications of having an abortion.

The bill also gets rid of existing Nevada statutes that criminalize components of getting an abortion, such as penalties for selling medications to produce a miscarriage.

Nevada already has some of the least restrictive abortion laws in the country.

Meanwhile, Alabama just passed a law to ban abortions in nearly all cases (including after rape or incest) and to attach a possible 99-year prison sentence for doctors who perform the procedure. Supporters of the Alabama law said their intention was to pass a law that directly challenges a woman’s constitutional right to choice as established in Roe v Wade, in the hope the case could prompt a U.S. Supreme Court that has become much more hostile to choice to overturn Roe.